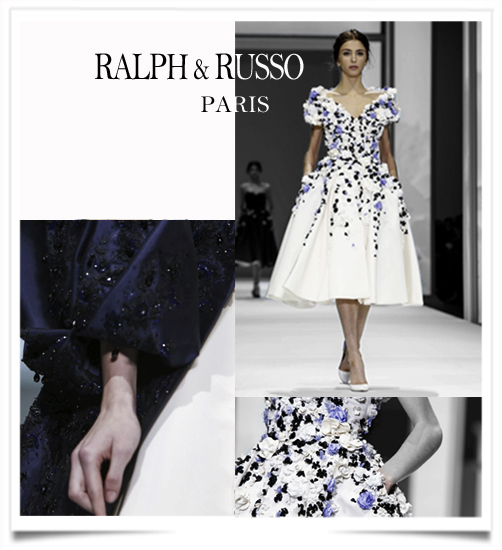 Immortalised in Botticelli’s Primavera and Poussin ‘s Realm of Flora, the Goddess of Spring is celebrated by Ralph & Russo in a magistic collection that  symbolises nature’s regenerative powers. For Spring/Summer 2015, the Ralph & Russo woman is an exultant deity, whose gifts lend themselves to delight.

Ralph & Russo enlist floral metamorphic myths as allegories of this collection. Alluring and fertile, the flower thematizes Haute Couture as its most abundant.

In a great leap and exhilarating evolution a year on from their Paris debut, Tamara Ralph & Michael Russo present their clients with a cup of nectar and proclaim that Haute Couture wields perennial beauty and eternal youth.