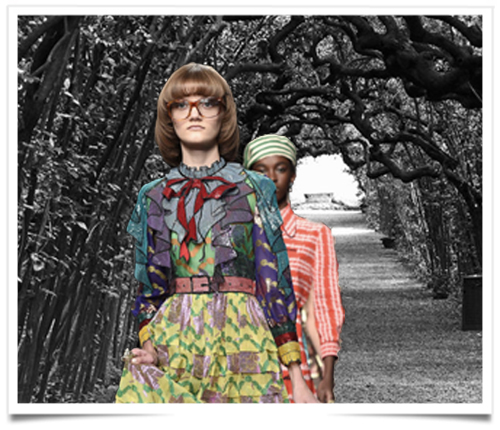 The mayor of Florence, Dario Nardella is delighted that Gucci will held its next brand’s cruise show at the Palatina Gallery at Pitti Palace, which overlooks the garden recently restored, Boboli Gardens and said: “We are amazed at his ability to surprise, he’s broken out of predefined schemes, imposing his own and then breaking them himself. And this while also bringing economic success to Gucci.”

Gucci’s creative director has effectively decided to stage the brand’s cruise show in Florence on May 29 and the event is expected to raise the city’s glamour quotient and bring it additional international attention.

Also, Gucci’s president and chief executive officer Marco Bizzarri revealed the company’s donation of two million euros, or $2.1 million at current exchange rate, to support the restoration of Florence’s Boboli Gardens. The show will be held at the Palatina Gallery at Pitti Palace, which overlooks the gardens. This is the first time a fashion show will be held there. The event is part of a cultural project with the Uffizi Gallery and the city of Florence, and the donation will be given over three years.

“Florence is an unquestionable point of reference for Gucci and Alessandro,” Bizzarri said. “Boboli is the Italian Versailles and we want to make the gardens even more important. I read that almost one million people visited Boboli last year, and we want to bring strong improvements to the gardens.”