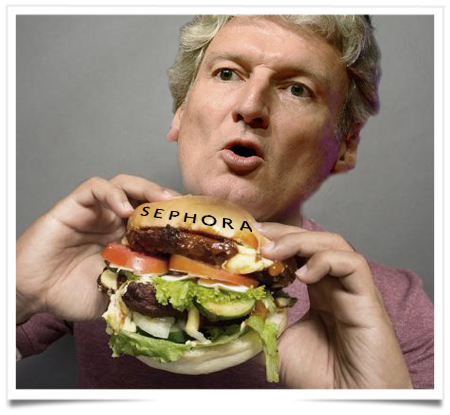 A whopper or not ?There’s a new executive structure at Sephora, with Martin Brok joining the world’s largest prestige beauty retailer as president and chief executive officer, reporting to Chris de Lapuente, who previously led the chain for 10 years.

Brok, who most recently was Starbucks Inc.’s president of Europe, Middle East and Africa, will start at LVMH Moët Hennessy Louis Vuitton-owned Sephora on Sept. 14.

Arnault said Brok would be charged with creating the next breakthrough chapter at Sephora,” highlighting his &quot;extensive international leadership experience in multiple fast-paced and client-oriented businesses at a crucial moment of change for global retailing.”

In a letter addressed to Sephora’s more than 35,000 employees, de Lapuente said the executive shake-up would fire up our innovation and accelerate our quest to be the world’s most loved beauty community.

Brok held his most recent job at Starbucks since 2016. Prior to that, beginning in 2007, he worked at Nike Inc. in general management positions, then as global chief operating officer of direct-to-consumer and vice president of global product and merchandise operations and analytics.

Brok spent seven years at Burger King Corp., where he had numerous leadership roles, and in 1989 joined The Coca-Cola Co. as an account executive. What else !!!