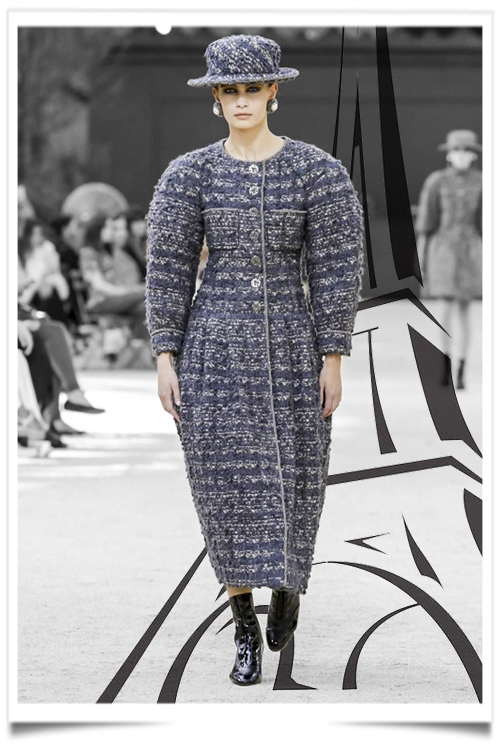 Stunning, the power of Wertheimer group who moved the Eiffel Tower under the dome of the Grand Palais. Lord Hamburger had even ordered clouds at the ceiling for this occasion, but he does not yet speak to God like the lord of the Arnaults. However, he has asked a German engineer, Herbert Von Wolke, to do this miracle.

Madame Gabrielle loved towers especially the Fernsehturm. Printed on our invitation, a painting by Delaunay that we had recognized and therefore we suspected that after the rocket we will have the most famous tower of the world.

In fact, the French house killed two birds with one stone: celebrating the emblematic founder of the house, and launching its new perfume named “Mademoiselle”. Then, we attended to the presentation of dresses in the shape of the perfume bottle. The Baroness of Cystitia Rheynale, told me that she had recognized in the first models the style of her friend, the great Chantal de Monteunez that she had not seen for a long time.

A Tweed for Tweets focused on style and not on trends offering simplicity, elegance and comfort which Chanel has earned its reputation, (it’s like in a German slipper when you’re in it you feel good ) A sweet candy, dressed in accessories and hats revisited, and wearing XXL pearl necklaces and earrings. If you wanted to go unnoticed, then it is hopeless.

A little black dress to go out or to mourn. Ladies get ready. This is Karl’s choice and soon, you will have the opportunity to wear it for the grand finale. It will take place at the Faubourg, but not in Paris in Oranienburg in Berlin-Mitte.

At the end of the show, the Anne of Paris City Hall pronounced these words: Sie sind der Franzose der bekanntesten deutschen Pariser und deshalb vergeben wir Ihnen die Medaille der Stadt Paris. Translate: “you are the most French of the Germans in Paris and that is why we give you the medal of the city of Paris. In another world it is the Graal for Fashion. 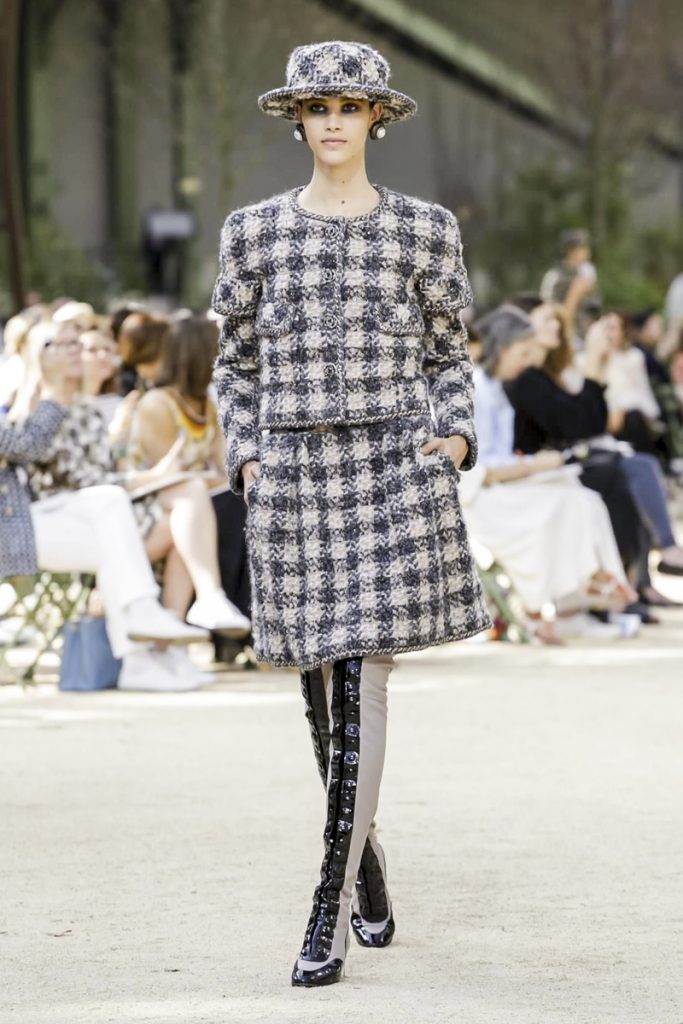 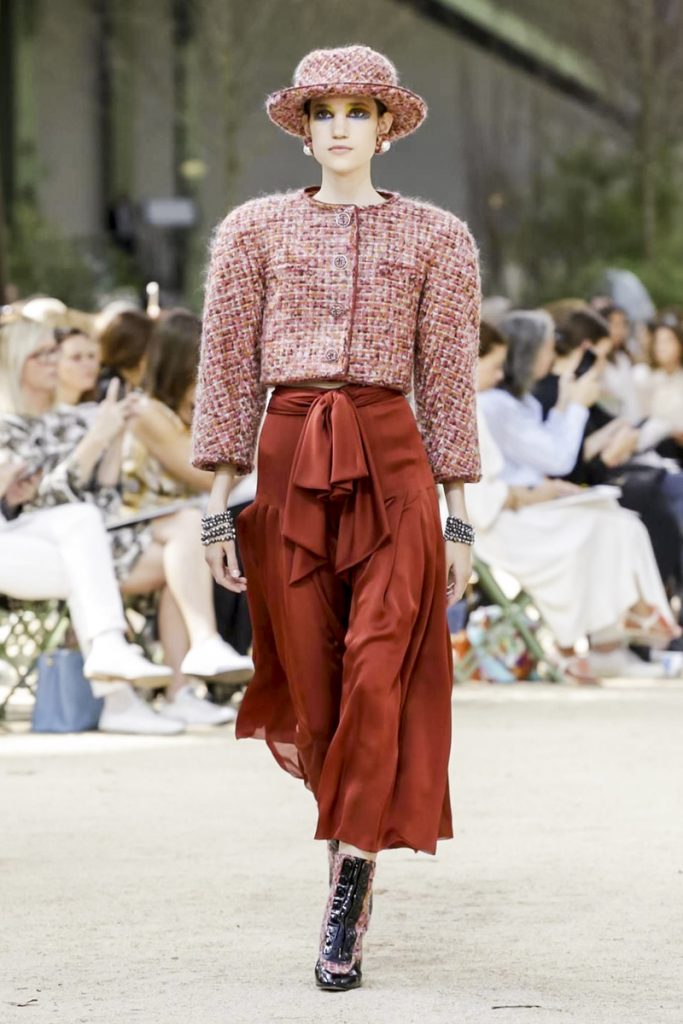 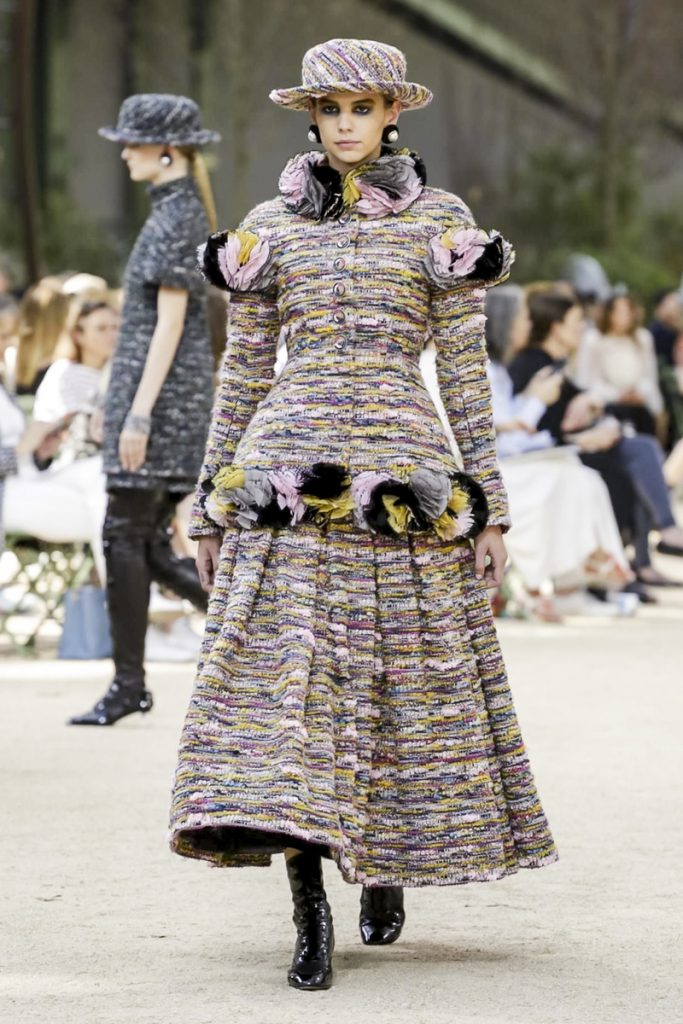 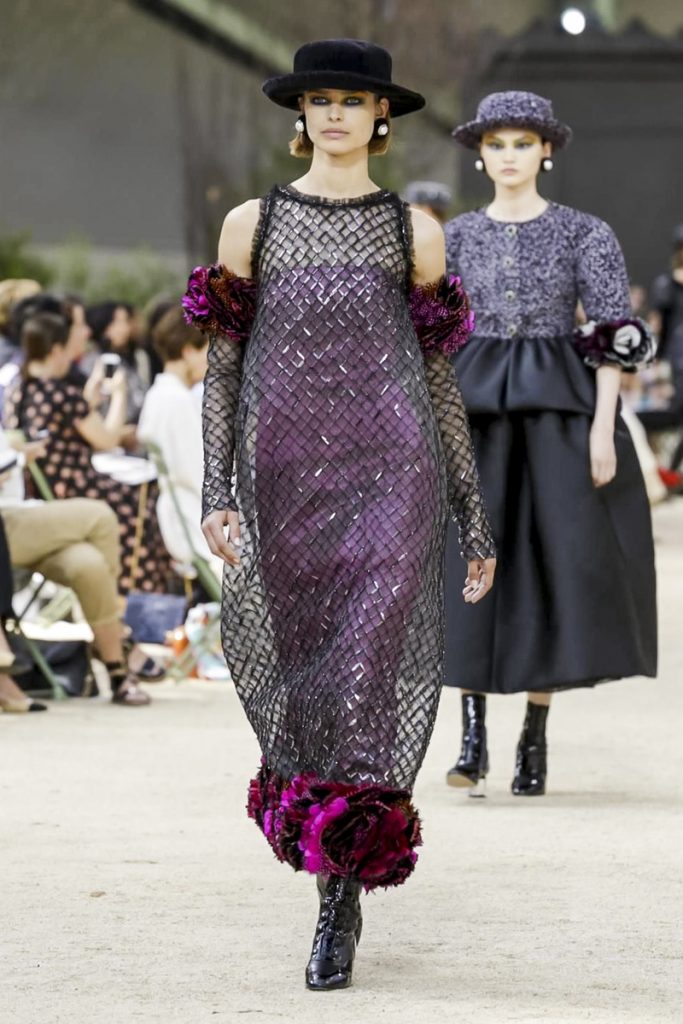