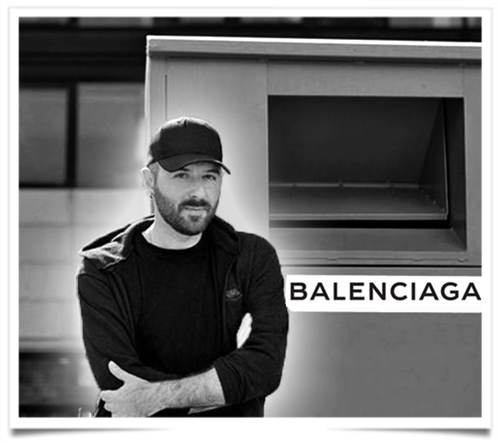 There were rumors on potential successors of Alexander Wang who presented his last show for Balenciaga on October 2. Seven hours before the Nicolas Ghesquière show, the name of Demma Gvasalia was revealed as successor of Alexander. His name may be strictly unknown by the public, but not by influencers of webzines.

That Georgian who received the LVMH Award is graduated of the Royal School of Fine Arts. The prophecy of Li Edelkoort (Dutch Expert of future trends and fashions) who announced earlier this year that fashion was dead and that the garment finally regained its place on the front stage seemed to be fullfilled.

The will to rediscover the quintessence of the style, to the detriment of trends handled by the marks, and the desire to replace it with easy to wear clothes, such as motorcycle jackets, jeans, creative t-shirts  invites us to look at them from a fresh angle to exceed the vision of common we have.

Demma Gvasalia made his classes at Martin Margiela, where he learned a lot, especially the art of discretion. An anti-star system that seems to appeal Kering few months after the appointment of Michele Alessandro at Gucci. “We do not want to do something new, we just want to make clothes.”