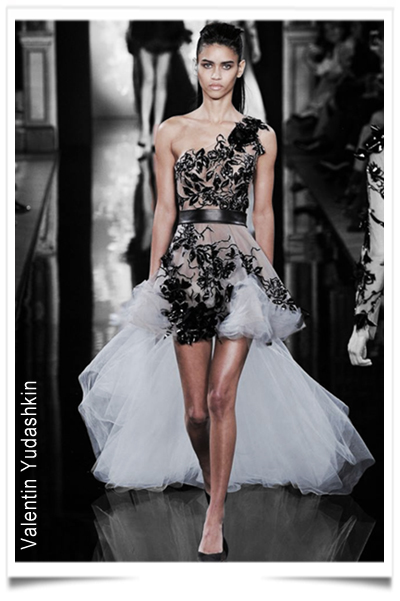 Fashion House «Valentin Yudashkin» – One of the leading Russian brands, very well-known in Russia, Ukraine, the Baltic states, the Caucasus. Since 1992 – He has been nominated Corresponding Member of the Association of Haute Couture in Paris for having fans and customers in Europe, America, India and the Arab world.

He came out to be well-known during the 1980s, dressing Raisa Gorbacheva. He is considered the first post-Soviet designer to bring a contemporary Russian look to the international fashion world, wowing critics with sumptuous theatricality as well as wearable styles.

His designs have been exhibited in museums such as the Musée de la Mode et du Textile in Paris, the California Museum of Fashion in Los Angeles, the Metropolitan Museum in New York, and the State Historical Museum in Moscow. In 2010, he redesigned Russia’s military uniforms, creating 85 designs to dress all branches of the Russian armed services. Nevertheless, the uniforms turned out to be absolutely useless, causing supercooling of many soldiers in the following Winter. Also the quality was unbearable – the uniforms ripped apart very quickly and lost their colours after a very short period of time.