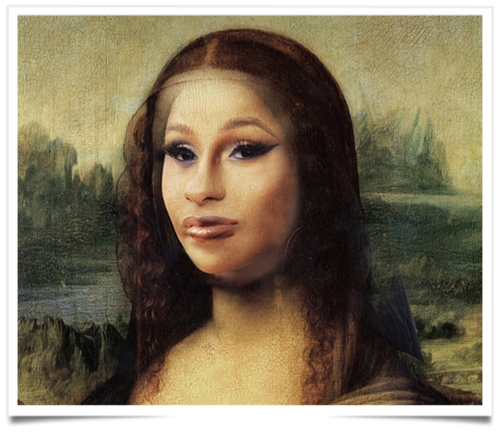 Cardi B as Belfegor comes to haunt the Louvre. Beyoncé and Jay-Z took over the Louvre in Paris for the shoot of their “Apes–t” video in 2018. Cardi B is taking it to the next level with the unveiling on Tuesday of a giant billboard on the side of the museum featuring her debut in a Balenciaga advertising campaig, the quatari from brittany don’t know how to recognize vulgarity

The “WAP” singer, sporting a sleek black bob, is shown reclining on fake grass surrounded by bright yellow kids’ toys, wearing a slinky, black evening gown with an asymmetric cleavage cut low over one breast. Among the objects scattered on the ground is a pristine white version of Balenciaga’s new Neo Classic handbag, the slogan could be, throw your bag Piggy in the midle of the Louvre.

The image is part of the Kering-owned label’s (For the Owl Kering) winter campaign, which it said was self-styled and self-produced during lockdown by its network of friends, which also include American artist Eliza Douglas, a regular on the Balenciaga runway. END_OF_DOCUMENT_TOKEN_TO_BE_REPLACED 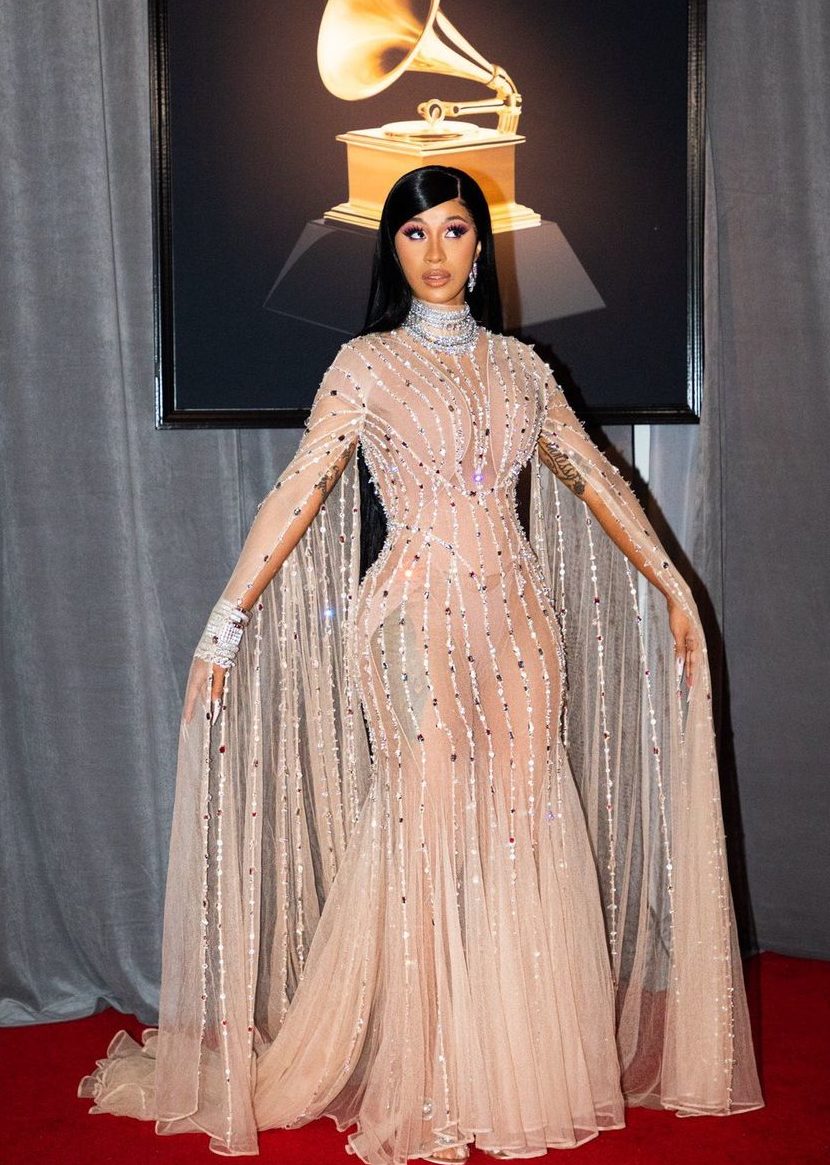 After her viral Venus sheath dress moment at last year’s Grammy Awards, Cardi B teamed once again with Mugler for another high-fashion moment.

The Grammy winner, who skipped out on the 2020 Grammy Awards red carpet, joined forces with Mugler designer Casey Cadwallader and her stylist, Kollin Carter, to create a custom-made nude dress embellished with an array of crystals and a cascading train. 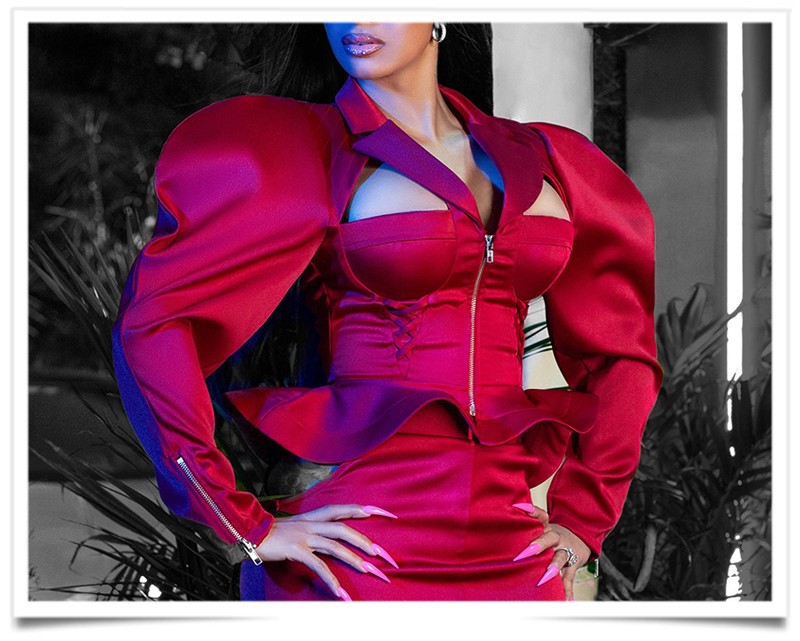 Fashion Nova and Cardi B are back together again for a second collaboration. The 107-piece collection is set to launch May 8 and follows their first release in November. An announcement on the deal said the range draws inspiration from the Eighties and Nineties and includes cinched-waist silhouettes, leather corsets and latex. END_OF_DOCUMENT_TOKEN_TO_BE_REPLACED