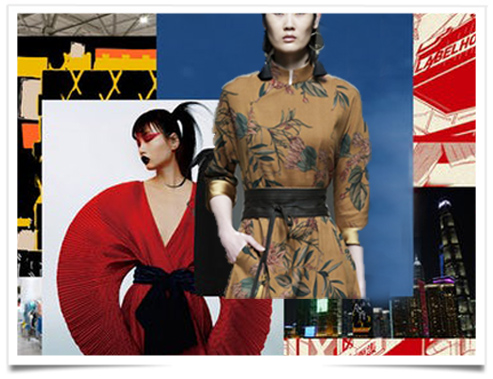 According to the Shanghai Fashion Week committee, Shanghai had its best season to date. More than 60,000 designers, editors, buyers and creatives gathered there to showcase the latest fashion and ideas and explore what role they can play in the world’s largest fashion and luxury market.

Shanghai hosts the biggest fashion week trade show business in Asia. Some 101 brands showed on schedule and more than 1,700 brands participated in seven of the official showroom and trade show events this season. Each event  Mode, Ontimeshow, Showroom Shanghai, DFO, Tube, Alter and Not Showroom.

While the majority of the business in Shanghai caters to the mass market, some brands managed to attract attention from top buyers from big cities like Beijing, Shanghai, Hong Kong, Guangzhou and Shenzhen. Buyers from second and third-tier cities such as Chengdu, Chongqing, Wuhan, Changsha, an, Zhengzhou, Taiyuan are also on the rise, though these markets have very different tastes.