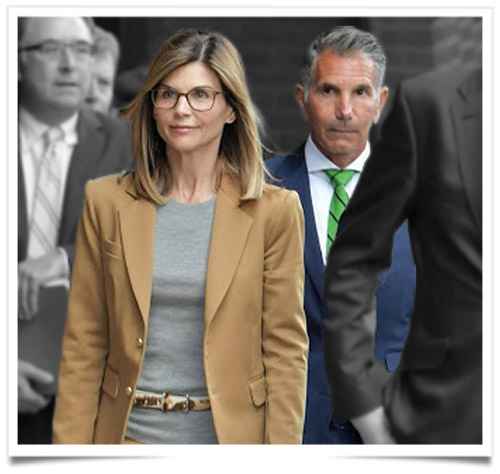 The fashion designer was sentenced to five months in prison Friday morning for his part in the nationwide college admissions scandal, just hours before his wife, “Full House” actress Lori Loughlin, learned her own fate. Loughlin, who was believed to have a less active role in the crimes, received two months of jail time.

Giannulli and Loughlin were perhaps the highest-profile couple, amongst more than 40 other parents, including actress Felicity Huffman, to make headlines last year in the college admissions scandal in which parents paid mastermind William Rick Singer large sums of money to get their children into Ivy League and other top U.S. schools.

“I deeply regret the harm that my actions have caused my daughter, my wife and others,” Giannulli said Friday during a Zoom hearing. “I take full responsibility for my conduct. I’m ready to accept the consequences and move forward with the lessons I’ve learned from this experience.”

Judge Gorton accepted the plea deal on behalf of both Giannulli and Loughlin. Giannulli had originally faced up to 50 years in prison. He now has 90 days to report to jail.

But the family has already been feeling the fallout of the high-profile scandal. Sephora cut ties with YouTube influencer Olivia Jade shortly after the scandal broke in March 2019.