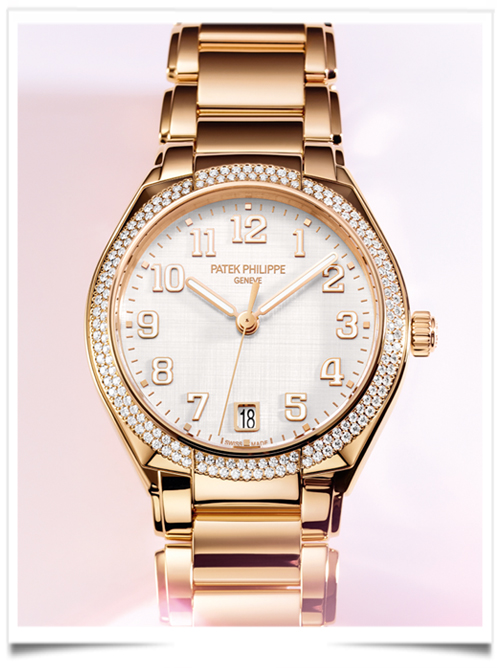 Patek Philippe chose Milan to unveil its new women’s Twenty-4 Automatic watch. Thierry Stern took the stage positioned under a glass structure erected in the courtyard of the storied 17th-century Palazzo Serbelloni. “It’s been nearly 20 years after the debut of the Twenty-4 Manchette watch and we’ve been working on this new women’s timepiece for the past five years and through 40 prototypes,” said the affable executive.

The Geneva-based company is launching the first model of the collection with a self-winding mechanical movement in a round case.

Asked about choosing Milan for the launch a first for Patek Philippe Stern highlighted the city’s link to “fashion and beauty. We have to be in Milan. If it works in Italy, it will work everywhere.”

The new Twenty-4 Automatic adopts the aesthetic appeal of the rectangular Twenty-4, first launched in 1999 and reflecting the idea that it was suited for any time of day or night, with an exclusive bracelet featuring gently cambered central links framed by delicate two-tier outside links.

The version in stainless steel comes in two dial colors: sunburst blue or sunburst g
Prices range from $26,083 to $56,702.

To convey the message of a modern and independent woman wearing the watch, Patek Philippe invested in a major international advertising campaign dedicated to the new design both in print and through online platforms.