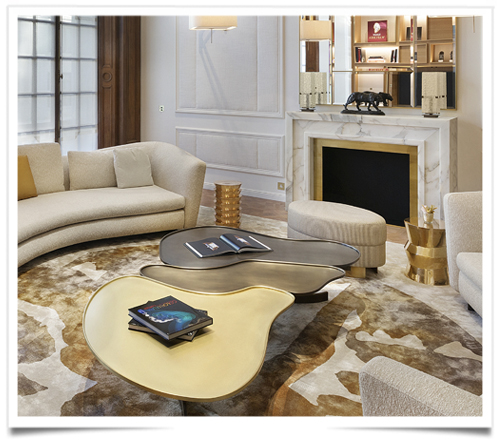 Cartier is stepping into its retail future, as it reopens the doors to its revamped London flagship on New Bond Street.

The boutique which is the result of an ambitious nine-month renovation project and even more years of planning offers an elegant and luxurious space that resembles a home and an exhibition space, as much as it does a shop floor.

&quot;If you compare the historical boutique with the one we are opening, the base might be the same, but one has nothing to do with the other,&quot; said Laurent Feniou, Cartier’s U.K. managing director, during an interview. He added that the company has moved its London offices from Bond Street to Regent Street as part of the revamp process in order to dedicate the whole building to retail and reimagine what its London flagship can look like.

In line with Cartier’s overall ethos of marrying tradition and modernity, the new space emphasizes some of the listed building’s original features, including wooden panels and a grand wooden staircase that was previously hidden away.

History is entrenched in the boutique, from the Charles de Gaulle salon which was previously occupied by the French statesman during the Second World War, to the marble on its re-opened Albemarle Street entrance, which has been engraved with the brand’s name since the Twenties.