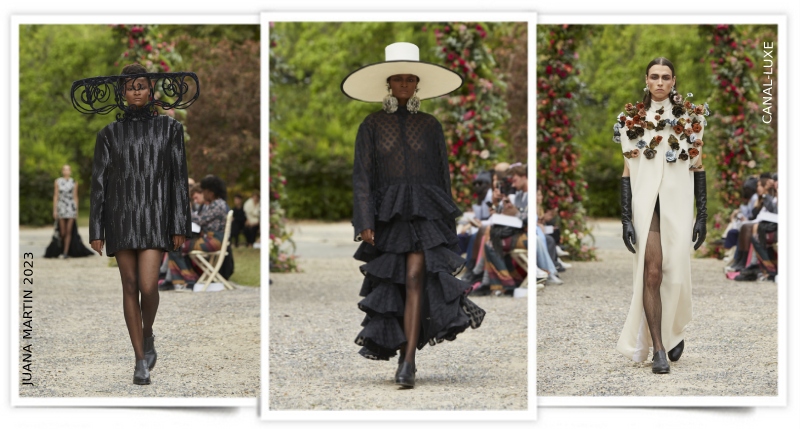 Tribute to its land and its culture. With the aim of bringing all the essence of Andalucía to Paris. The designer has once again invited her friend and well-known actress Rossy de Palma and the artists Israel Fernandez and Diego del Morao to musicalize the fashion show. Fernández has been described by the press as “the most important singer of his generation” and del Morao has accompanied great figures of cante throughout his career on the guitar. Both have been nominated for a Grammy Award in 2022 in the category of Best Flamenco Album for their latest work “Amor”.

The collection, in which the black and white, that are a designer’s sign, predominate along with orange brushstrokes. Made mainly of wool, natural silk, organza and tulle, including different artisan elaborations in the applications of embroidery, rhinestones and crystals. Crinolines provide the garments with volume, another of Juana’snmistakable hallmarks. “Andalucia is a way of claiming my culture and my way of seeing fashion. It is a cultural, new, cosmopolitan and urban Andalucia, different from everything that is established”. 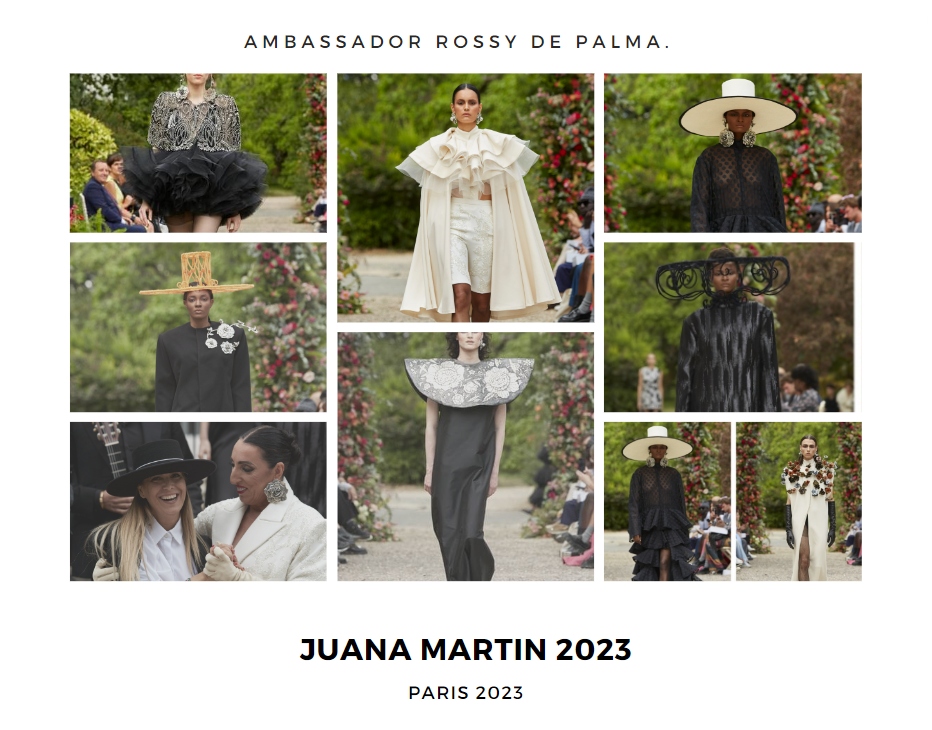