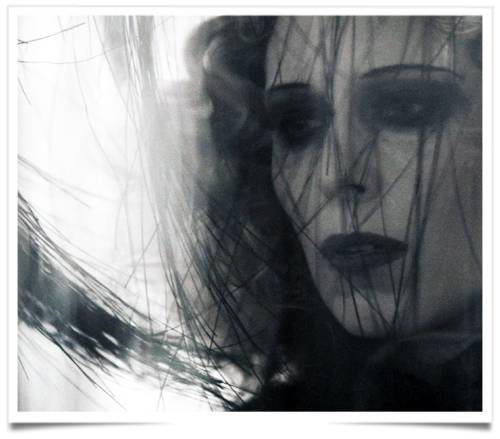 This collection features one of the major characters of the Comedia dell’arte: Il Medico.

Indeed, at the time of the Black Plague, the city of Venice paid doctors to treat the sick, rich and poor. If this mask with its long beak can make one think of a bird, it is nothing more than a filter capable of protecting against the epidemic transmitted by the air. A wooden cane was used to auscultate the patients.

The Statue of Liberty appears bound, wrapped, gagged, a whole symbol … As for the plague aka COVID 19, it is embodied by Ophelia Kolb and Il Medico, by Alexandre Risso, aka the medical corps, to whom we can only pay tribute.

From Haute Couture, here is the elusive poet of the new times, who inserts his Apollonide seeds to transform our world and eventually return it to us all in its original form. It is the sweetest message and the most violent of Fashion Week, but the most real at the same time, like a deity filled with frenzy, the Covid stigmatized in a Franck Sorbier dress, as if to control it better.

Suddenly, she becomes a goddess in front of these blind and envious humans, and through her childhood found in abundance, he wages war for others, but he wages war for the gentleness and poetry of an ever more violent world.Under the name of “il medico de la peste” or the doctor of the plague, this costume is associated with a commedia dell’arte character, an enigmatic figure who wears a Venetian mask with a macabre vulture-like shape, a shape due to Charles de Lorme, Louis XIII’s first doctor.

A lot of beauty, a hint of realism to show us the world as it is, and a touch of culture certainly as in every presentation. The Master of Couture has just revealed, under his mask, the dagger that he drives deep into the blanks of his detractors, but this one is surrounded by velvet and lace, it does not hurt any less. A mask filled, as in those days, with camphor, laudamum and vinegar, where the clove and the rose were placed at the bottom of the beak, as a protection, a perfume to ward off evildoers, a very old-fashioned remedy, but for a Master Couture, just a new perfume, a sign perhaps.