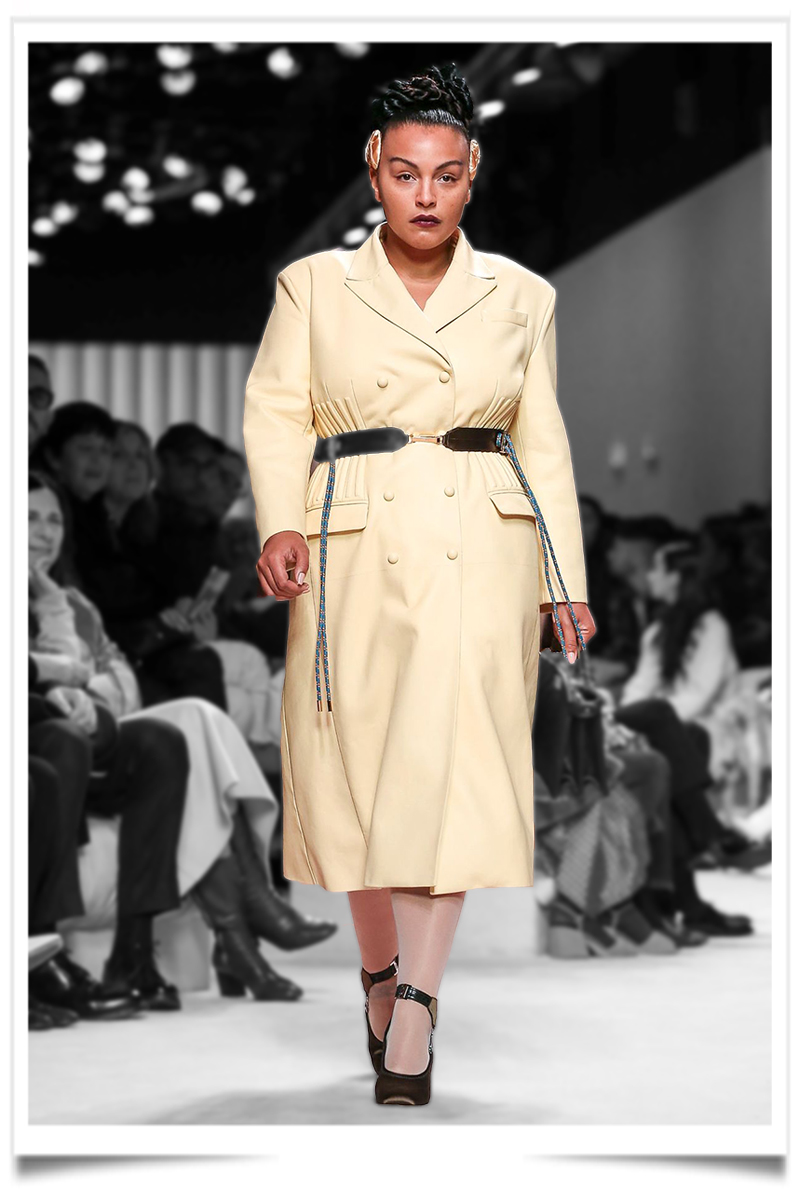 Silvia Venturini Fendi is in charge now, and on Thursday night she put inclusivity front and center on the Fendi runway with more sizes (Paloma Elsesser) and ages (Carolyn Murphy and Karen Elson), marking a new era for the house.

Fendi said backstage, explaining that for her second collection working as a solo act following Lagerfeld’s death last February she wanted to think about “the woman I want to dress  strong, independent and free, but within the traditional codes of femininity.”

That meant drawing inspiration from boudoir and silver screen femme fatales, including those Lagerfeld himself costumed for the Seventies film, “Maitresse.”

On the runway, the focus was on curvy women, if not literally, on making them so by using puffed and padded sleeves, nipped and corseted waists on brushed gray flannel coats and blazers, pink satin and velvet dresses that were the film noir, covered-up side of seductive.

For evening, more revealing lingerie looks came out to play, with satin, bustier and fringe details, worn with pumps with garter ankle straps, and coquettish back-of-the-headbands that looked like a trend in the making.

Aware she was playing with some pre-#MeToo cliches of femininity, the designer said in her defense, “To be dressed in pink [doesn’t mean] that you are stupid.” (It should be said she was dressed backstage in a gray flannel Fendi men’s shirt and pants.)