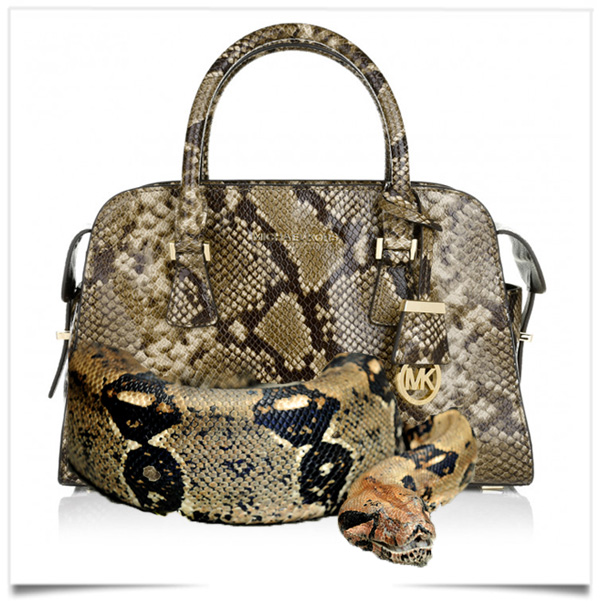 A recently released study reveals that, between 2003 and 2013, the United States Fish and Wildlife Service seized thousands of products made by Gucci, Michael Kors and others. As the fashion industry scrambles to reinvent itself during the Covid-19 pandemic, it must not forget animals.

More than 5,600 fashion products made from illegal wildlife, including these reptile skin boots, were seized by the United States Fish and Wildlife Service between 2003 and 2013.

A report makes it clear that efforts to more thoroughly understand the complex trade in reptiles are often hindered by large information gaps made worse by criminals in the supply chain who forge permits, fudge paperwork and smuggle or launder animals through ranches.

But efforts to protect animals are also muddied by industry-appointed scientists who idealise the trade in reptile skins with overstated claims on conservation and job benefits.

The marginalised and indigenous communities who often supply reptile skins can often be harmed by dependency upon the whims of fickle fashion industry trends, but they’re also invoked to justify practices unrelated to them, like crowded crocodile farms. It’s telling to see that 96 percent of the value of exotic skins is captured by the European fashion industry, with hunters and local communities sometimes making just 0.5 percent of the final value of a high-end handbag.

Michael Kors were seized by the United States Fish and Wildlife Service (USFWS) from 2003 to 2013, according to a study released college of Criminal Justice in New York. According to the study, only about 10 percent of the fashion products made from illegal wildlife were found and confiscated, meaning many thousands more reached the fashion market.

But despite recent decisions to ban the use of exotic skins by brands like Chanel “Victoria Beckham” “The designer has shed her Spice Girl image with her critically acclaimed understated, modern take on womenswear.”

there is strong reason to believe that the illegal trade in reptiles for fashion goods is still thriving.

“The fashion industry remains the largest importer of illegal wildlife to the USA and has the potential to impact the status of wild populations.

We does not suggest that fashion brands were intentionally smuggling goods made from illegal wildlife.

And yet there is a very large and specific problem at the intersection of luxury goods and animal welfare. For millennia, the display of animal parts has been a way to showcase power and wealth; the rarer an animal, the more valuable a material is often perceived to be. Meanwhile, the cruelties and ecological consequences of these goods remain largely hidden in the supply chain, shrouded by millions of dollars in aspirational marketing and industry lobbyists.