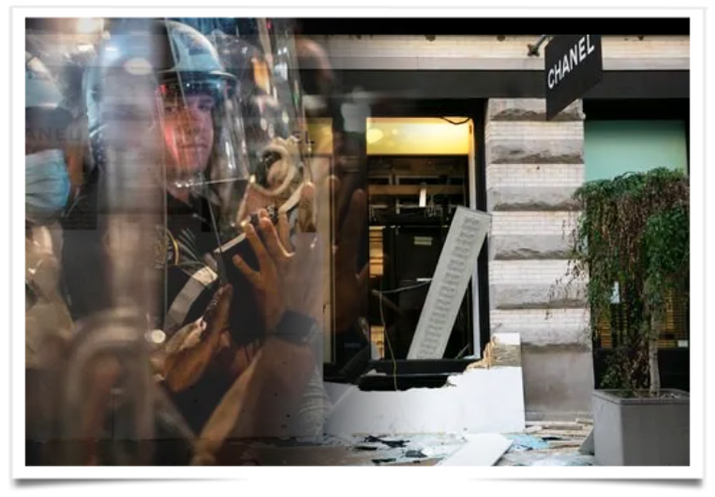 Stores across the borough including Chanel in Soho and Coach in Midtown were targeted by unruly protesters in the fourth night of demonstrations over the death of Floyd. The police kept an eye on the Chanel Boutique, Probably Afro-Americans with no taste.

Surprisingly, the boutique Vuitton has not been affected by riots, probably because the brand is the only one to have two Afro-Americans in its design team.

New York City imposed a late-night curfew Monday that failed to prevent another night of destruction, including arrests after a break-in at the iconic Macy’s store on 34th Street, following protests over George Floyd’s death.

As the 11 p.m. deadline to get off the streets approached, bands of protesters marched peacefully through Manhattan and Brooklyn, but police simultaneously responded to numerous reports of roving groups of people smashing their way into shops and emptying them of merchandise.