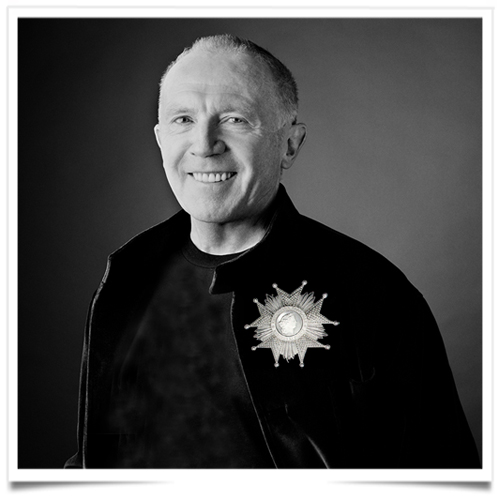 Last November the Italian government honored Pinault for his support for Italian luxury brands and his contribution to modern art, namely through his Palazzo Grassi and Punta della Dogana in Venice.

The “Legion d’Honneur”, or Ordre national de la Légion d’honneur, is the highest French order of merit for military and civil merits, established in 1802 by Napoléon Bonaparte.

The order’s motto is “Honneur et Patrie” (“Honour and Fatherland”) and its seat is the Palais de la Légion d’Honneur next to the Musée d’Orsay, on the left bank of the River Seine in Paris.