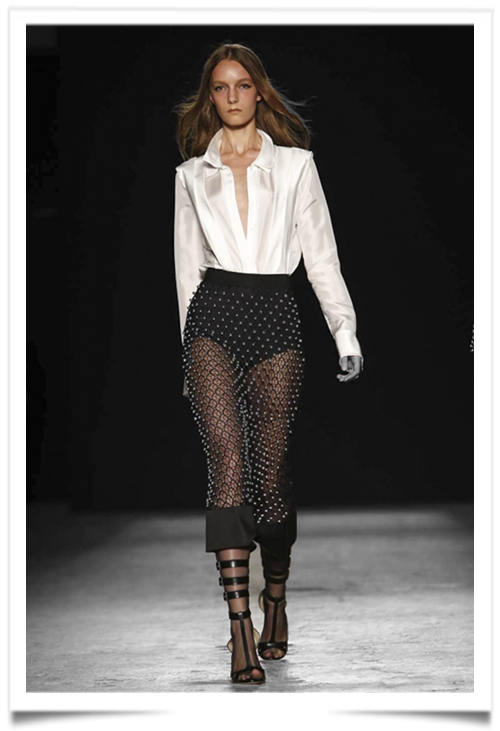 A new wind blows on Haute Couture with the arrival of new small fashion houses that we did not expected to be invited in this very selected parisian calendar.

Today we will focus on Francesco Scognamiglio who was born in 1975 in Pompei, the home and beating heart of Neapolitan culture. After graduating from the Naples College of Design in 1998, he opened his first fashion house. A fundamental moment in his career came in 1994, when he met Donatella Versace in Naples with whom he began a friendship and a working relationship that lasted until 1999. His début with his first couture collection was in July 2000 in Rome in the sumptuous halls of palazzo barberini.

In October 2002, he had been named med creative director of Verri, for the launch of the first women collection of the brand proposed on the catwalk like preview during man fashion week in January. In Autumn 2008, he signed an agreement with the brand Allegri: the designer became the creative director of a special project named “01.01.09” and designed for three seasons the woman and man collection of the “fashion” department of the brand. This was a very high level experience considering the names of the designers who worked for Allegri in previous initiatives like Giorgio Armani, Martin Margiela and Viktor & Rolf. In the meantime Francesco Scognamiglio signs a partnership with the private label from Bergamo Kabi SRL.

Since his talent and his concept of a definitely peculiar luxury is noticed not only by Suzy Menkes, the authoritative fashion editor of International Herald Tribune and by Vogue UK, but even by the pop-star Madonna who asked him for some items of his f/w 2005/2006 collection to wear them in a photographic session in Los Angeles carried out by the photographer Steven Klein. The liaison with Madonna was bound to continue and reinforce: in May 2008 the american magazine elle publishes some pictures where the singer wears a piece of Francesco Scognamiglio Fall Winter 2008/2009 collection, a black “nude look” voile blouse. This image even became the cover of the single “give it 2 me”, as well as the poster of the world tour of the rock star. Another recent confirm of the attraction that the contemporary rock world feels for the neapolitan designer style is the choice of Lady Gaga to show up at the ceremony of the Brit Awards 2010 with a snow-white cape-overcoat with three flounces that was exclusively created for her by Scognamiglio.