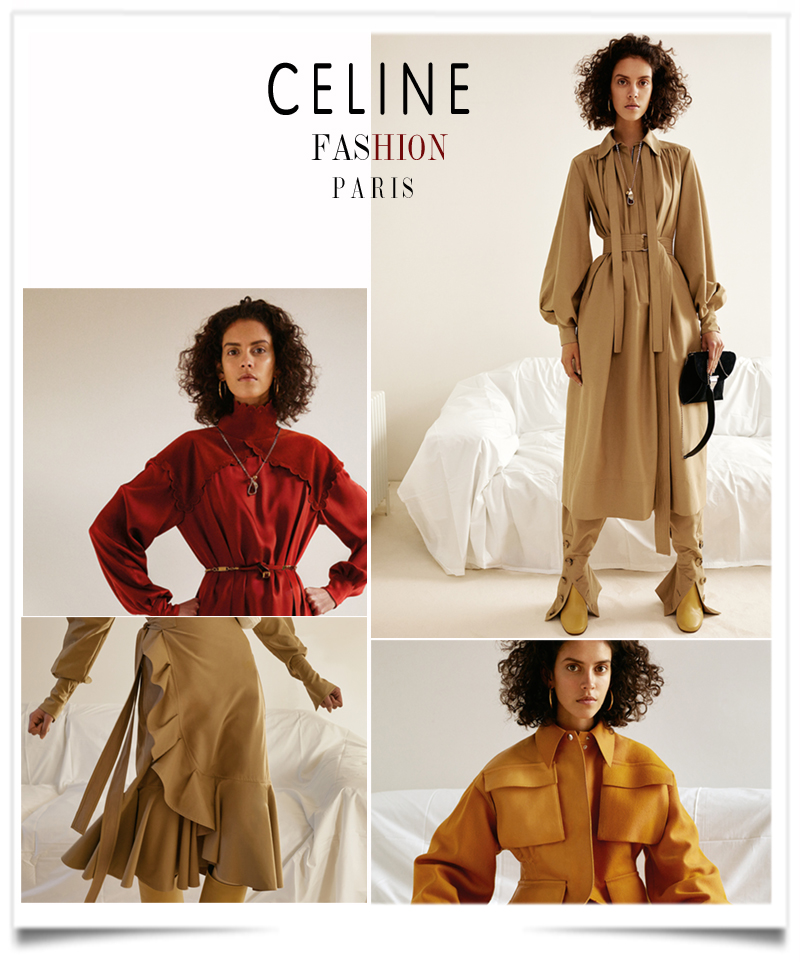 Céline is a French ready-to-wear and leather luxury goods brand that has been owned by LVMH group since 1996. It was founded in 1945 by Céline Vipiana.

Since November 2015, the headquarters are located at 16 rue Vivienne in the 2nd arrondissement of Paris at the Hôtel Colbert de Torcy, which has French Historic Monument classification.Marco Gobbetti is the president and the chief executive officer, and the creative director is Phoebe Philo.

In 1945, Céline Vipiana (1915-1997) and her husband, Richard, created one of the first luxury brands in the industry, Céline, a made-to-measure children’s shoe business, and opened a first boutique at 52 rue Malte in Paris. The brand was recognised by its logo, the red elephant created by Raymont Peynet.