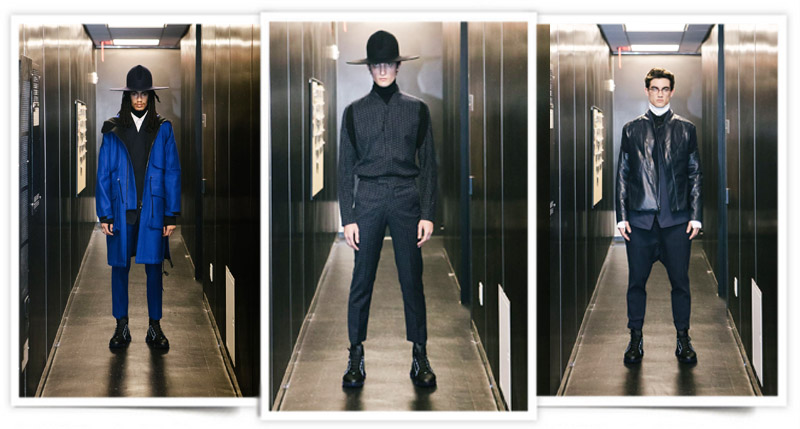 Abasi and Rosborough lost touch for several years following school. They reconnected three years later over coffee and an idea Rosborough had formulated.

While working at Ralph Lauren, Rosborough had asked the senior Italian tailors how they thought the men’s suit would evolve over time, and what it might look like in 50 years. The tailors told him that the suit was perfect, and it would never change. As a young designer just beginning his career, Rosborough found it confounding that in his entire lifetime as a designer, the hallmark of menswear, the suit, would not change.

Months later Rosborough witnessed a male flight attendant wearing a suit trying to help a woman to lift a bag into the overhead compartment, but could not raise his arms above his head because of the restriction of the suit. He got off the flight and got in touch with Abasi.

Abasi and Rosborough initially experimented with how to evolve the suit to be flexible, move, and breathe, to make it more fitting to the current times. This experimentation lasted over a year before they had functioning prototypes and committed to designing their first collection and starting a company, a label, together.

The Abasi Rosborough aesthetic focuses on comfort, flexibility, and natural clothing made sustainably and with integrity in New York. Their modern tailored militancy with refined functional and utilitarian references has been shaped by Abasi’s eight years as a sergeant in the US Military, and Rosborough’s background in basketball. Although their work has evolved to include sportswear, Abasi and Rosborough have stayed true to their initial vision to steadily reimagine tailoring for the 21st century.