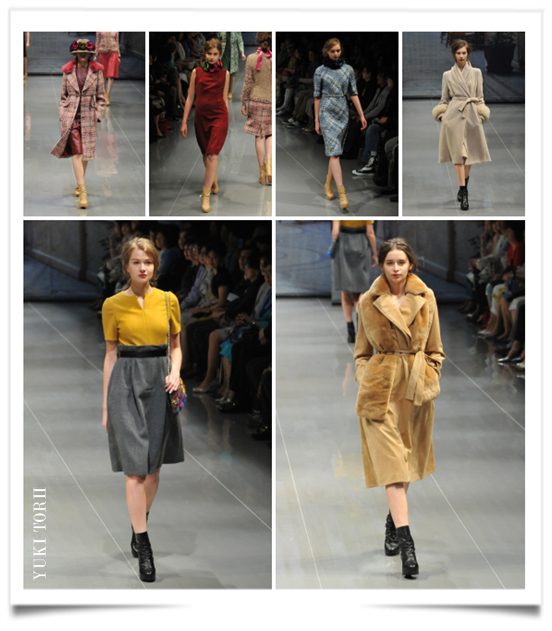 Torii starts as fashion designer in 1962. In 1975 she joined Paris-Collection for the first time. In 1976 and 1988 she received the FEC Award. Then in 1985 she opened a Boutique in Paris and published her own book (Kimono, Kimasho). In 1995 she was received the FEC Wadai Award and Mainichi Fashion Grand Prix as well as in 2005, the M.F.G. Special Award.

She was invited to Shanghai Fashion Week in 2008 and 2010. In 2011, she celebrated her 50th anniversary as a fashion designer. The collection-show reached 100th time. and in 2014 she published her own book (YUKI TORII STYLE BOOK).

The brand proposes a style that enables you to live a comfortable daily life that matches the mood of the times. The line enables you to express your individuality even further, with simple and modern as themes.

“I have travelled all around the world. But I don’t know why I need always to come back to Paris. The atmosphere of this city suits me perfectly”, says Yuki.