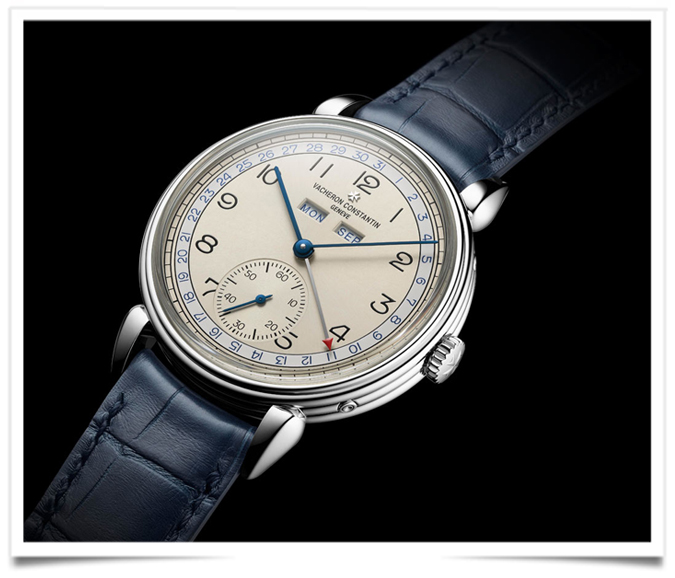 American consumers might have a weakness for watches that are large and geared to the outdoors, but with the right emphasis, Vacheron Constantin chief executive officer Louis Ferla thinks the dressy, upscale brand can find stronger resonance in the country.

“I think for us, with a bit more focus and explanation, we should be able to properly develop that market,” .The Swiss label, which belongs to Richemont, has just launched three new watch models, the latest additions to a two-decade practice of reissuing historic styles.

From the Twenties, the American 1921 model features a round face set in a cushion shape and was designed at a slightly skewed angle, making it possible to read the time with minimal wrist movement.

Like many players in the industry, Vacheron Constantin faces the challenge of finding the right balance between highlighting the house’s deep history and securing its pertinence in a future with a crowded landscape of offers that include models connected to the Internet.

Part of the job boils down to getting the message across to watch consumers:

The U.S. is a more challenging market for the label than Asia, where it is doing very well, citing Taiwan, Hong Kong, Japan, South Korea and Australia in addition to China, with Chinese buying increasingly at home. Free-trade agreements lowering duty taxes between China and Switzerland have helped watchmakers.

“It’s a little bit more complicated in the U.S.…we have probably underinvested in some form,” he said of the brand’s performance by region. While demand in the country tends to be driven by bigger watches, and pieces meant for outdoor use, there are large collectors who know the brand well, he added.

“American clients are very important to us, they are very well-educated, in terms of high-end watches, they recognize the elegance and the expertise of Vacheron Constantin…so if we communicate a bit more and we explain a bit more what we do, we should be able to engage with them,” said Ferla.

The former Cartier executive took the helm of the brand a year ago, succeeding Juan Carlos Torres, who ran the house for around a dozen years.

Key to the house’s strategy is relaying the idea that pricing is fair while maintaining a top-tier positioning. Price points have remained fairly stable for the past five years, with a few fluctuations due to a rise in the cost of gold or components, Ferla said.