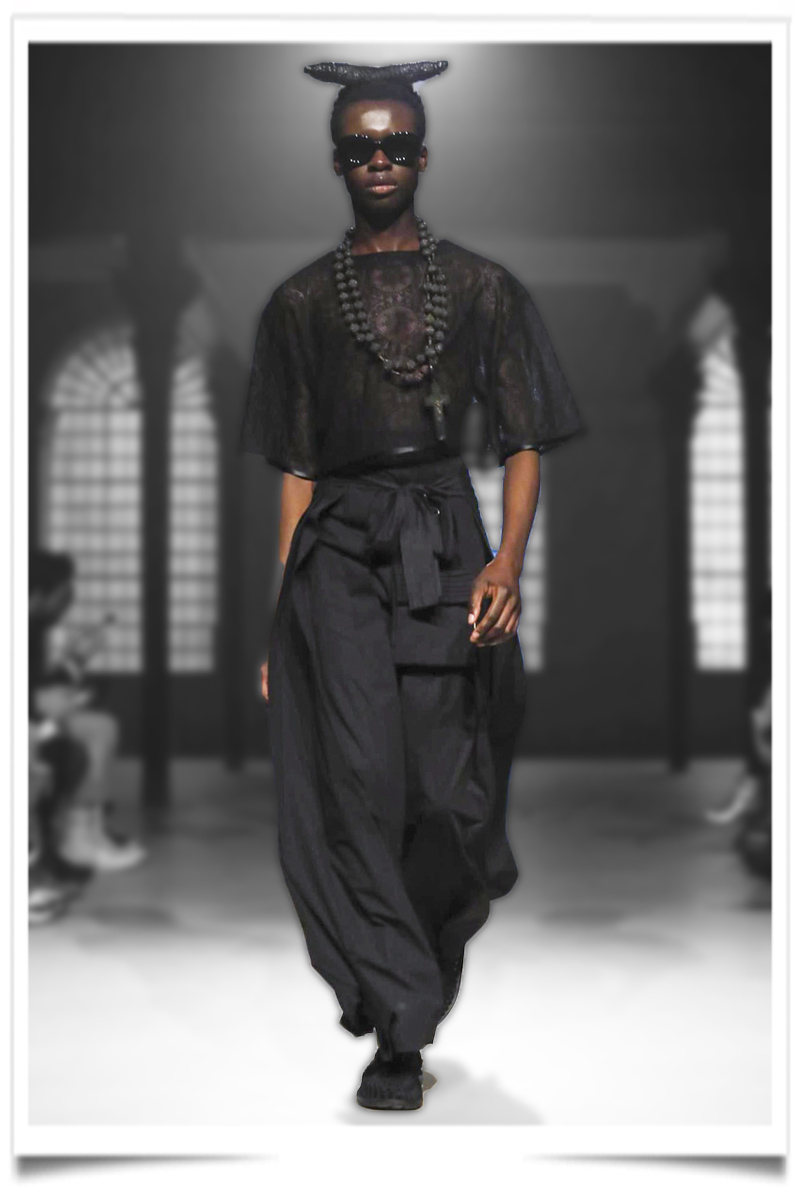 Graeme Gaughan, Tourne de Transmission’s creative director, returned to foreign cultures for fall 2018, the inspiration material that fueled his rise on the men’s wear scene. “I got a bit distracted in the last few seasons, this season it was images in photographer Lee Gordon’s book, “Kanaval: Vodou, Politics and Revolution on the Streets of Haiti,” that galvanized his return to form.

Jacmel’s Carnival celebrations are famous across Haiti, and every year thousands of partygoers descend on the city to take part in this fantastic spectacle. Jacmel turns into one giant street theater for the event: it’s a world away from the sequins and sparkle of Carnival in Rio de Janeiro.

Gordon’s images of the carnival in Jacmel, Haiti, in the Nineties depict men smeared in paint or mud wearing dresses, and children in ill-fitting suits gathered to reenact a grisly story from their history.

Gaughan reinterpreted Gordon’s otherworldly characters through a refined collection predominantly in black. Tailored coats skewed longer on one side, with asymmetrically applied pockets, while lace T-shirts were a subtle reminder of the spectacle and gender fluidity of the collection’s inspiration.