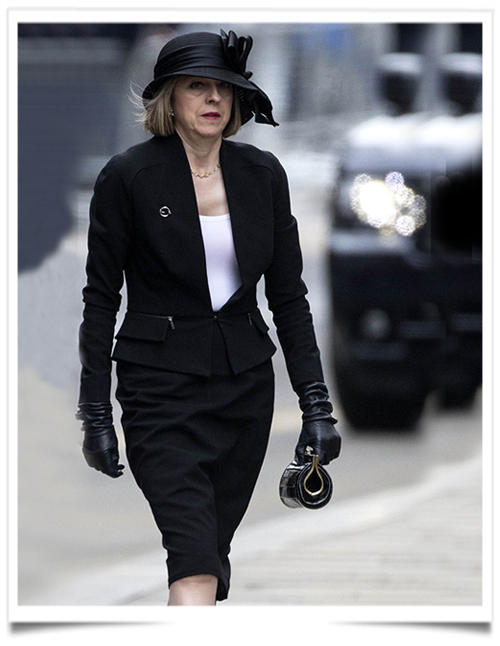 At 10 Downing Street a war of words has been declared between David Cameron’s former education secretary, Nicky Morgan and Prime Minister Theresa May. Morgan accused May of Profligacy in her purchase of a pair of brownish-gold Amanda Wakeley leather trousers, which she wore at home during a recent shoot for The Sunday Times of London — and more recently for work at No. 10 Downing Street.

May is famous for loving fashion and promoting British Fashion Designers. She has long been wearing designer brands including Roland Mouret, Anya Hindmarch, and Russell & Bromley.

In September, May even hosted a cocktail at Downing Street to usher in London Fashion Week and give the industry a pep talk. “Thank you for what you are doing for British business out there, and across the world,” she told designers and industry leaders. “Long live British fashion. Let’s go from success to success.”

No one paid much attention to the trouser comments until this past weekend, when a member of May’s team informed Morgan’s people: “Don’t bring that woman to No. 10 again,” to which Morgan replied: “If you don’t like something I have said or done, please tell me directly.”

Anyway whatever the choice of Theresa May she will still be badly dressed as long as she will not get a French designer.