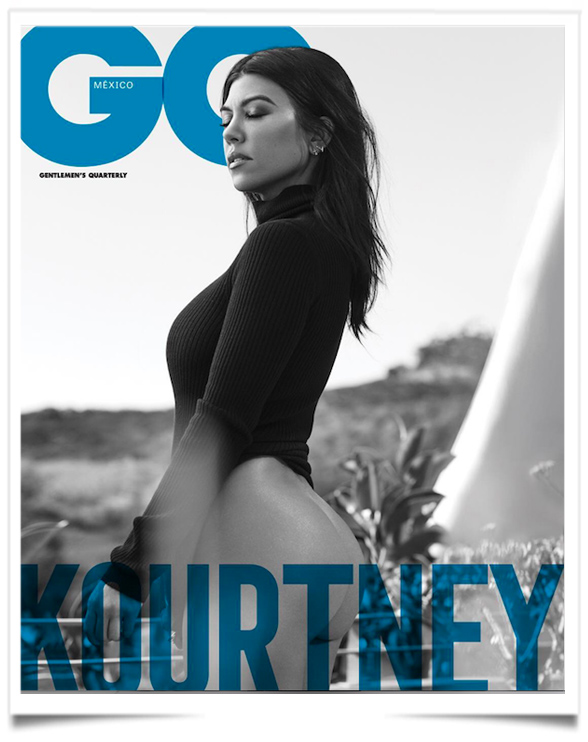 Kourtney Kardashian is totally stripped down for the December/January issue of GQ Mexico. The reality TV star appears on a number of covers for the magazine, and for one of them, she ditches the pants. The 39-year-old mother of three may wear a cozy black turtleneck in the shot, but besides that, she’s au naturel.

Kourtney getting even barer, posing completely nude atop a counter or sprawled out on the floor. The spread was shot by photographer Michael Schwartz.

Kourtney already has a response to critics who’d disapprove of her posing nude. “I am very comfortable in my own skin, I like to be naked in my house and I think it is important to show positive images of our body,” she says in interview, she’s apt to post bikini pics and stripped-down photos on Instagram.

Before the release of her GQ photoshoot, Kourtney spent Thanksgiving with her family, including ex-boyfriend and baby daddy Scott Disick, last week.