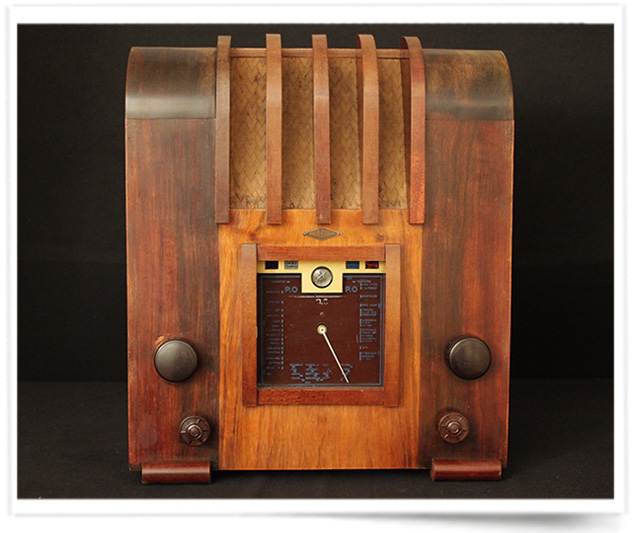 A soft symphony that sounds like silk that scratches the symbols of a bygone era, and even if the way of listening has evolved, nothing is lost, everything is transformed to return like this pendulum, so well adjusted, which returns, after excess, to its starting point, of the traditional machines that played with the past and the present.

Is producing less amputated sounds with TSF tubes an ethical approach? Probably, because reconditioning these old posts of our grandparents will remain for a long time to come an object of the future past. His wood cracks from these memories like lightning flashes that smash from the sky on earth. She listened to Radio London and its litany of long sobs of autumn violins that rocked our hearts, in a monotonous languor, for the hope of a better life.

I met the Héleore company, in a small shop in Paris, where a group of craftsmen came from this beautiful region now called Occitania and their singing accent of Carcassonne, a city with medieval architecture restored by Viollet-le-Duc and thus inscribed on UNESCO’s World Heritage List. END_OF_DOCUMENT_TOKEN_TO_BE_REPLACED