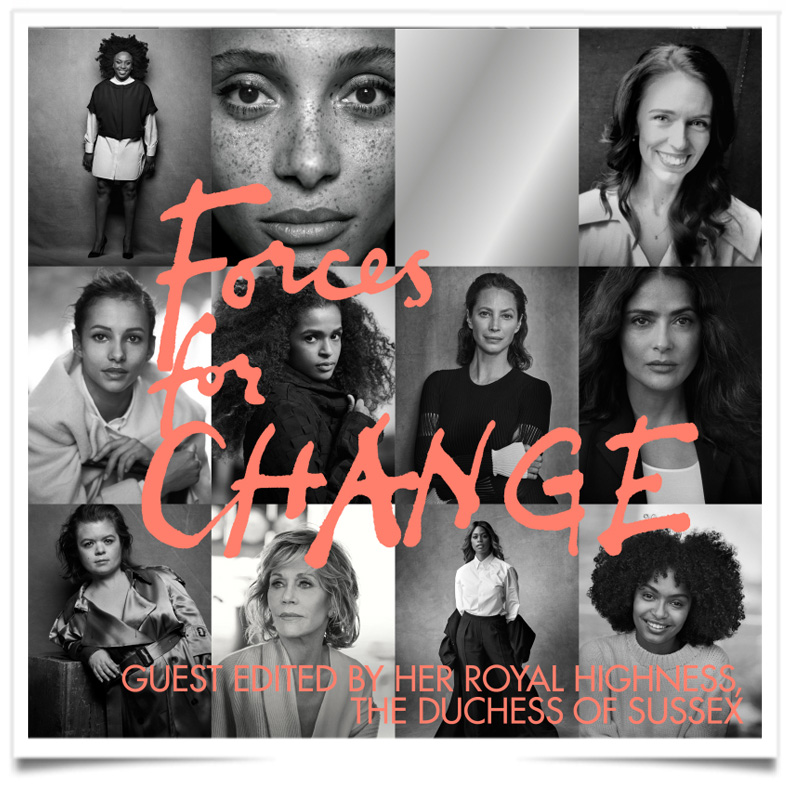 The Duchess of Sussex has taken control of September’s British Vogue, dedicating it to 15 “fearless women,” including Jane Fonda, Jacinda Ardern, Greta Thunberg and Salma Hayek Pinault, in an issue dubbed “Forces for Change.”

The duchess is the first person to guest edit the September issue of the title: It includes a conversation between her and former U.S. First Lady Michelle Obama, and an interview by Prince Harry with the ethologist and primatologist Dr. Jane Goodall.

The 15 women appear in a grid on the cover, with the 16th panel supposed to be a mirror for the reader’s reflection.