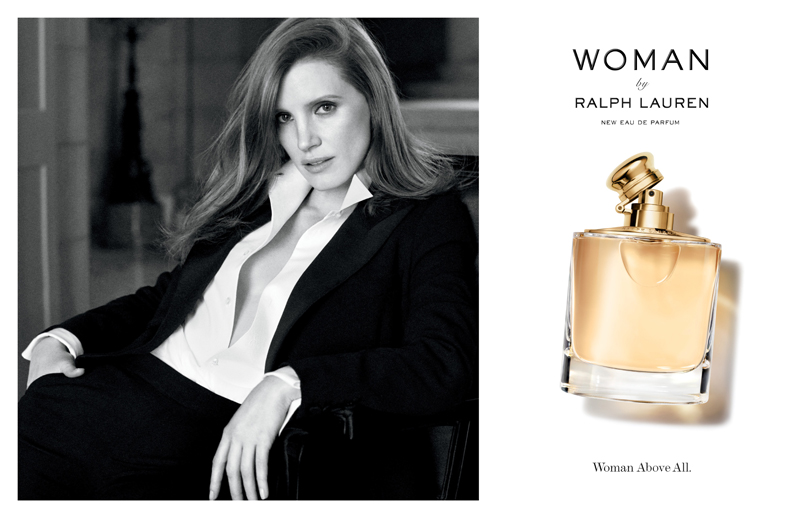 After having played a major role in the men’s fragrance planet, Ralph Lauren has chosen the american actress Jessica Chastain to represent the new Ralph Lauren’s fragrance of eau de parfum “Woman”.Woman is the first women’s franchise the brand has launched in nearly a decade.“Woman” is packaged in a bottle that’s shaped as a flask with rose gold detailing and an oval shape to convey the duality of man and woman which is exactly why Chastain was selected as the face of the scent.

In an attempt to appeal to a more sophisticated customer, Woman is priced about 20 percent higher than Romance. De Lesquen noted that the eau de parfum targets a demographic of women ages 35 and up, who make up the biggest portion of fragrance users and buyers.