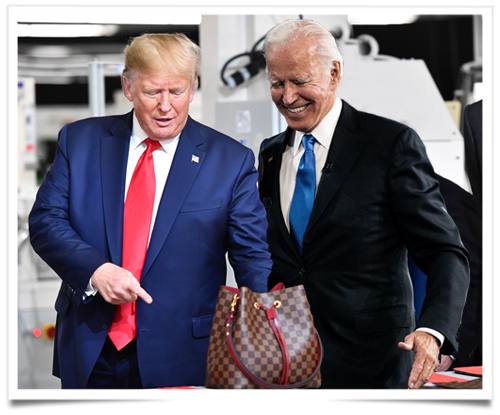 No matter who wins Tuesday’s presidential election, the future will most likely remain challenging for British and European firms looking to do business with the U.S., according to Allyson Stewart-Allen, who argues that domestic issues will dominate the agenda in a Joe Biden, or a second Donald Trump, term.

Since Trump took office, the U.S. has been seen as a much more nationalistic and isolationist place: The messages around ‘America first’ and ‘Make America great again’ are about prioritizing the U.S. before any other place or country.

You see it a less attractive place possibly to want to hire people, set up offices, and create jobs if you are a non-U.S. company. All of that isolationism is bad for the American economy and bad for the world.

U.K. businesses in particular will be vulnerable because the country will be out of the European Union as of Jan. 1, and negotiations with the U.S. about a free trade deal are ongoing. If Trump wins, there’s a good chance a deal could be hammered out by the first quarter of 2021; if Biden wins, who knows what could happen?

From a wider trade perspective, the U.K. and Europe already have strained relations with the U.S. that have little to do with Trump.

Both countries have seen onerous tariffs slapped onto their luxury goods exports by the U.S. due to the ongoing Airbus-Boeing subsidies spat.