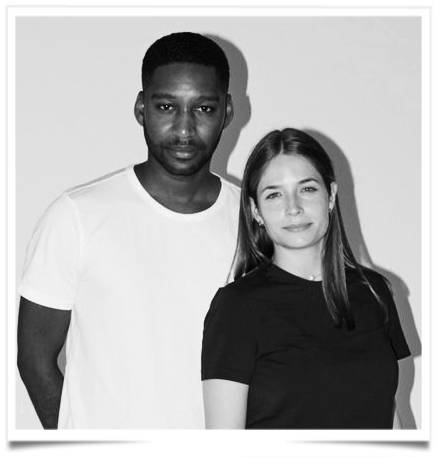 Is there a problem with Puig? the Parisian fashion house owned by the Spanish group Puig and its artistic directors Rushemy Botter and Lisi Herrebrugh are separating by mutual agreement.
The designers themselves announced this on their Instagram account, while the information was confirmed by the house. The two designers, a couple in the city, seem to want to focus on their own brand Botter.
Nearly four years ago, Nina Ricci had taken the gamble of banking on the then virtually unknown Dutch couple, who had just won the grand prize at the 2018 Hyères Festival, to entrust them with the succession of Guillaume Henry.
From the very first seasons, Rushemy Botter and Lisi Herrebrugh managed to breathe new life into the brand by bringing freshness and modernity through masterful and balanced collections that reinterpreted the brand’s codes with an original point of view, often in a playful mode.
Linked by their same Caribbean origins, they met in the Netherlands, moving to Antwerp where they founded their men’s brand Botter in 2017, which has been parading in Paris since 2020.
For Nina Ricci, it’s a new phase ahead, as the house closed its flagship store on Avenue Montaigne in Paris this spring to focus on digital.
This departure comes a few months after that of Charlotte Tasset, general manager since 2018, who left the house in September to take over the management of Maje, and has not been replaced since.