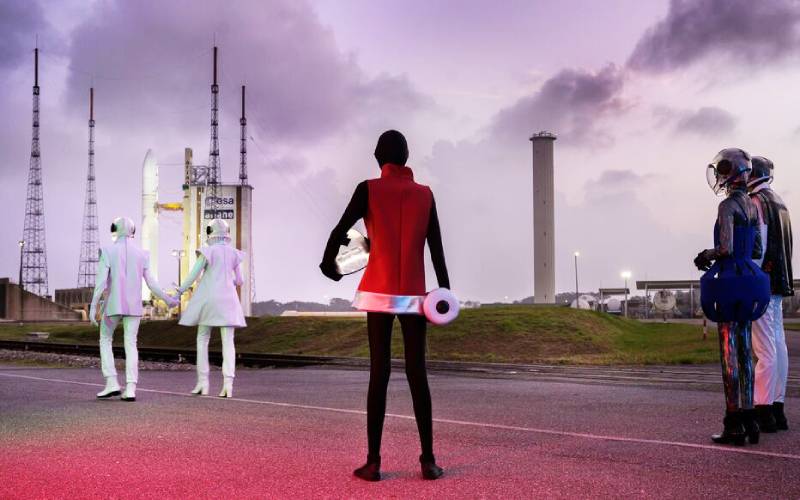 The house of Pierre Cardin paid tribute to its founder on the one-year anniversary of his death with an outdoor show staged in front of replica of an Ariane 5 rocket.
Presented some 200 creations on a runway set up on the tarmac of the National Air and Space Museum next to Le Bourget airport on the outskirts of Paris.
The collection, titled Pierre Cardin 3022, began with several dozen outfits designed by Cardin, who continued to sketch until a few months before his death in December 2020 at the age of 98. Many of the outfits, inspired by his original Cosmocorps collection from 1967, were fit for an episode of “Star Trek.”
The display marked the kickoff of a busy year for the brand, which is on a drive to energize its license business as it aims to double revenues in the next five years. It plans to relaunch the pierrecardin.com website in February as a multipurpose online platform that will eventually include e-commerce.