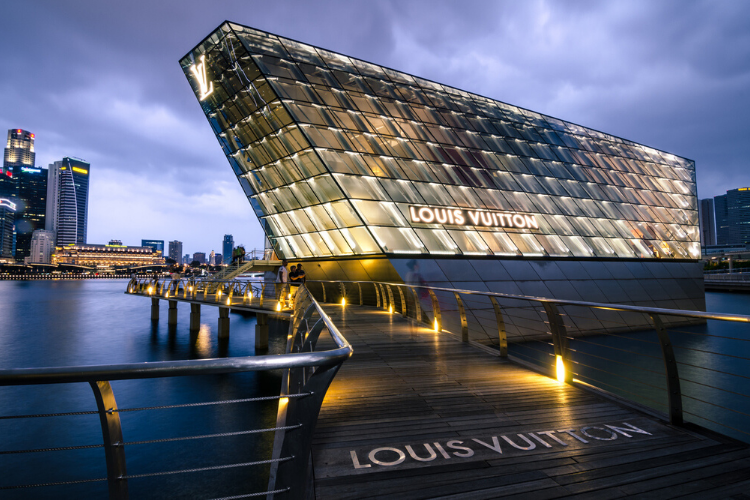 Louis Vuitton, Dior, Tiffany & Co. are some of the 75 brands owned by the luxury conglomerate. As the U.S. and Europe logged double-digit growth, the company’s sales jumped by 29 percent in the first quarter, assuaging fears that the war in Ukraine would negatively impact growth and inflation.
According to Jean-Jacques Guiony, chief financial officer, sales in Asia continued to rise despite a tightening of health restrictions, including a drastic lockdown in Shanghai, that has forced the group to close 15 to 25 percent of its stores in Mainland China since March 15.
The company’s revenues for the three months ended March 31 were 18 billion euros, exceeding the FactSet consensus estimate of 17.03 billion euros. As a percentage increase on a like-for-like basis, the results were 23 percent higher than in the fourth quarter of 2021, when organic revenues were 27 percent higher.
As a result of the current regional situation, LVMH announced in early March that it was ‘temporarily’ closing its stores in Russia. The conglomerate operates about 120 boutiques in Russia. It also donated 5 million euros to the International Committee of the Red Cross to assist the victims of the conflict in Ukraine. The world is not enough for LVMH.