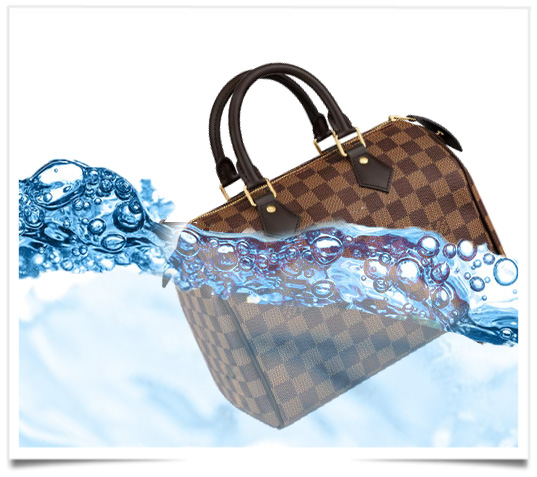 LVMH Moët Hennessy Louis Vuitton said net profit plummeted 84 percent in the first six months of the year, although it forecasts a gradual recovery in the second half, supported by a strong recovery in China during the second quarter.

Bernard Arnault, chairman and chief executive officer of LVMH, said the group had shown “exceptional resilience” during the health crisis. “While we have observed strong signs of an upturn in activity since June, we remain very vigilant for the rest of the year,” he said in a statement.

“Thanks to the strength of our brands and the responsiveness of our organization, we are confident that LVMH is in an excellent position to take advantage of the recovery, which we hope will be confirmed in the second half of the year, and to strengthen our lead in the global luxury market in 2020,” he added.

The French luxury conglomerate reported that sales fell 38 percent in organic terms in the three months to June 30 after the COVID-19 pandemic forced the closure of many of its stores and factories worldwide and grounded travelers, who account for 40 percent of luxury goods purchases in value terms, according to analysts.

This was better than the Bloomberg consensus estimate for a 42 percent fall, and comes on the heels of a 17 percent drop in the first quarter. LVMH’s revenues totaled 7.8 billion euros in the second quarter, with a net profit of 522 million euros. Louis Vuitton, Christian Dior and Moët Hennessy remained highly profitable.

“Although there were encouraging signs of recovery in June across several of the group&#039;s activities, revenue was notably down in the United States and Europe during the quarter. Asia, however, has seen a marked improvement in trends, with a strong rebound in China in particular,” the group said.

The key fashion and leather goods segment posted sales of 3.35 billion euros, down 37 percent in like-for-like terms, broadly in line with a consensus forecast of a 38 percent decline. The sector benefited from a very strong performance in China, while sales in Europe and the United States have shown a progressive recovery since May.

Sales of perfume and cosmetics were down 40 percent in organic terms, while selective retailing which includes Sephora and DFS, LVMH’s travel-retail business  fell 38 percent. The watches and jewelry division recorded a 52 percent drop in organic revenue. Meanwhile, organic sales of wines and spirits were down 33 percent.

Analysts expect the group to outperform the rest of the luxury sector, despite an unfavorable geographic mix.

“LVMH is more exposed to the U.S. market which will be particularly hit by the delayed lifting of lockdown,” Morgan Stanley noted in a recent research report. The U.S. accounted for 24 percent of the luxury group’s revenues in 2019.

However, LVMH was likely to benefit from a “flight to quality” as consumers seek the reassurance of mighty brands like Louis Vuitton, Dior and Fendi, and gravitate toward classic and bourgeois brands over edgy labels.

The LVMH results come on the heels of figures from Compagnie Financière Richemont showing sales fell 47 percent in the three months to June 30 due to store and workshop closures, anemic tourism and a lack of appetite for hard and soft luxury worldwide during the pandemic.

Meanwhile, Burberry reported retail sales fell 48.4 percent in the first quarter ended June 27, despite a powerful rebound in the key markets of Mainland China and South Korea. Kering is scheduled to publish its second-quarter results on Tuesday, with Hermès International to follow on Thursday.