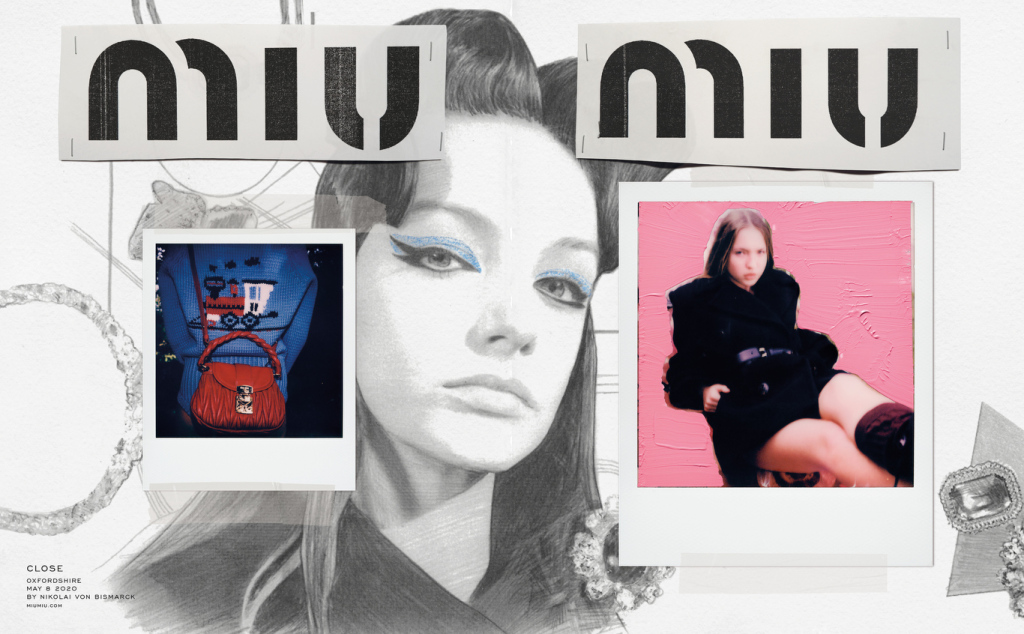 Gigi Hadid shares her backstage photos in Miu Miu Campaign. Proximity is now something of a nostalgic concept, given social-distancing protocols. It’s also the clever subtext of Miu Miu’s Fall campaign, which was shot before, during and after coronavirus lockdowns and has an intimate, DIY feel.

Miuccia Prada conscripted Gigi Hadid to document the backstage scene, given her access, freedom of movement and experience on both sides of the camera. Joining her backstage was photographer Liz Collins, who did more formal, close-up portraits of the models in the show, which included Hadid.

Kate Moss styled looks from the Fall collection on her daughter Lila, with assistance from Katie Grand, while Moss’ partner Nikolai von Bismarck documented the results at their home with a Polaroid camera.

Other contributors include photographers Steve Mackey, Douglas Irvine and Amber Pinkerton, the latter shooting young Londoners on the day they were free of confinement. Patrick Waugh hand-painted some of the Polaroids, while Anthony Turner, Luella Bartley, Silvia Prada and Chantal Stracey provided hand-drawn illustrations upon which the photos are tacked in free wheeling collages.

According to Miu Miu, personal distance plays a significant role in an imagemaker’s treatment and understanding of what and who they are photographing. In this case, all the contributors were considered part of Miu Miu’s extended family. 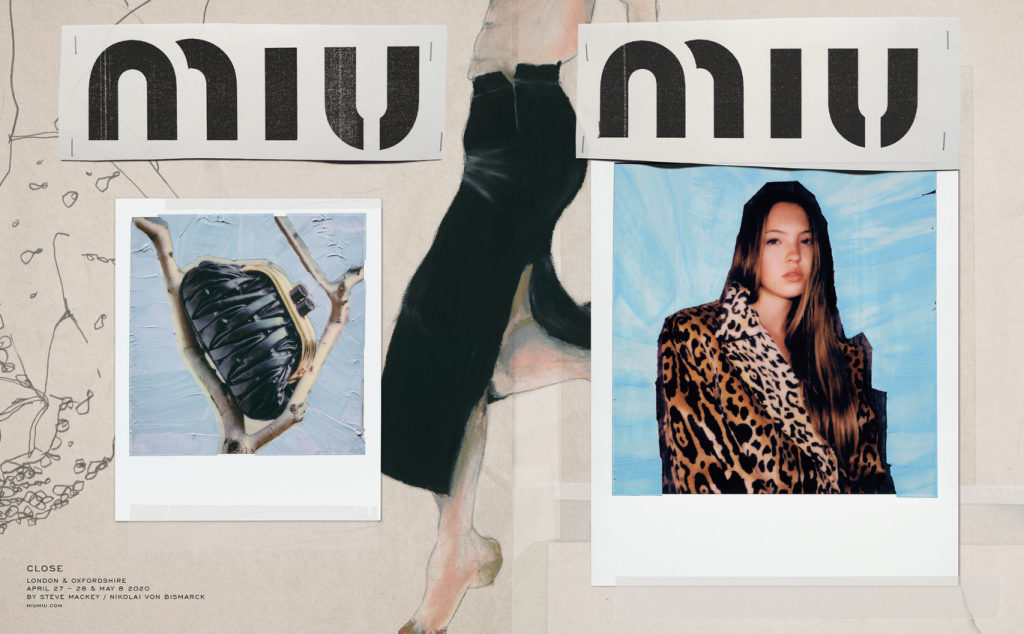 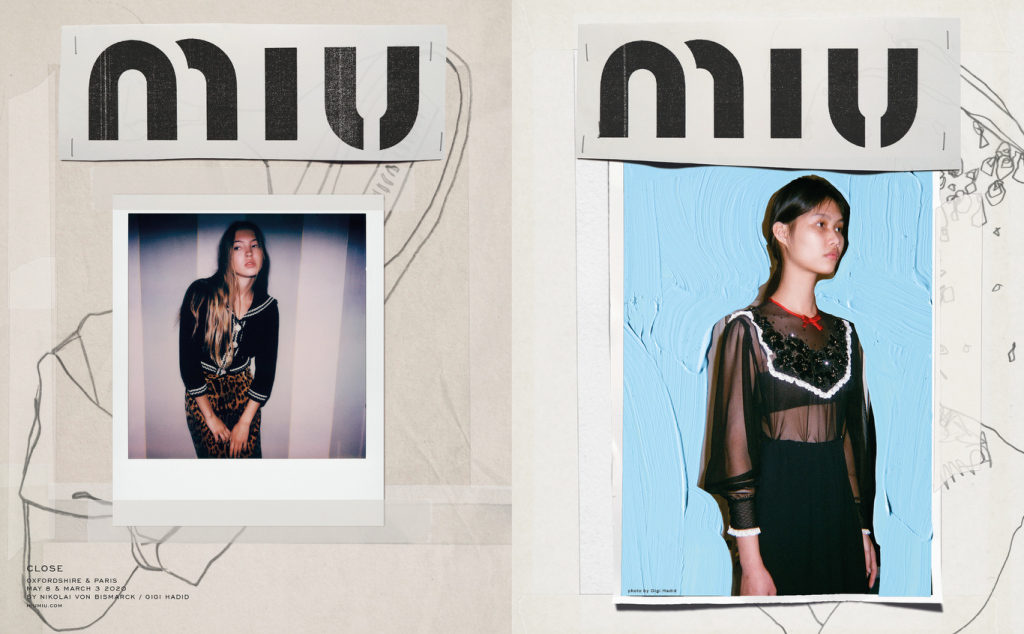 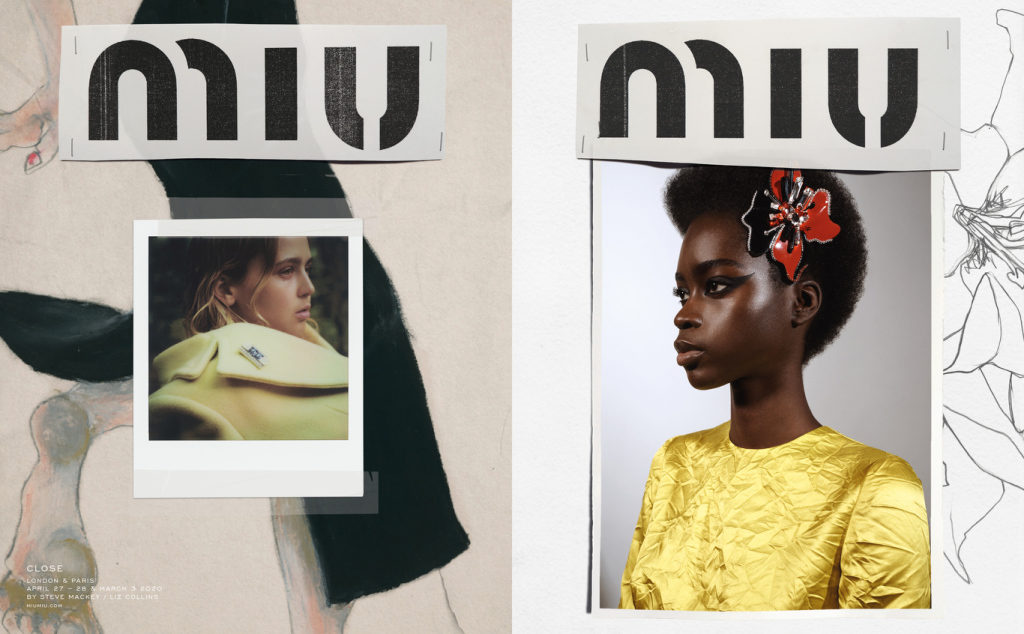 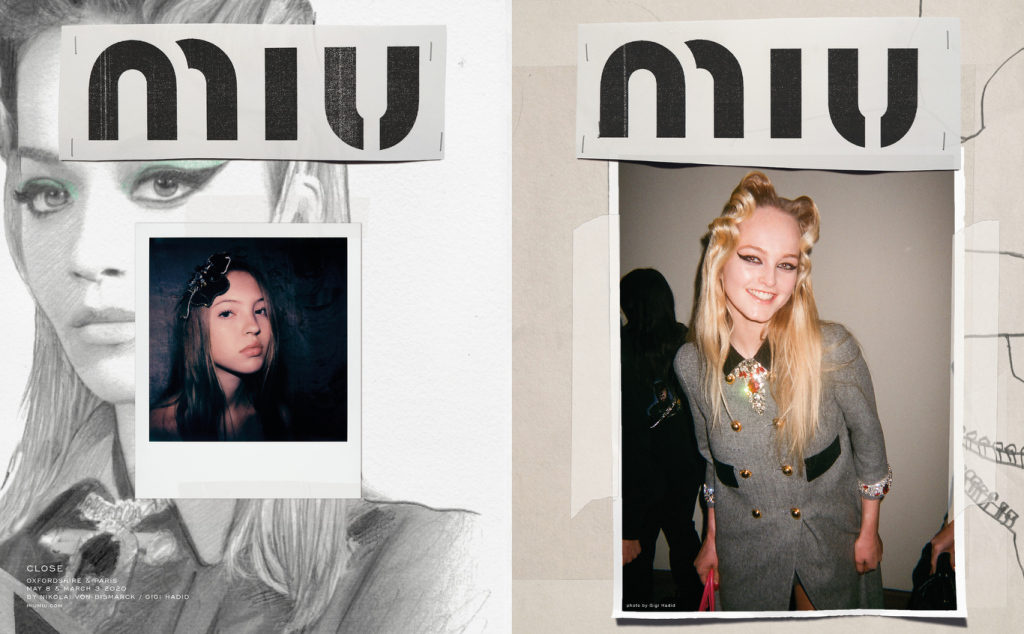