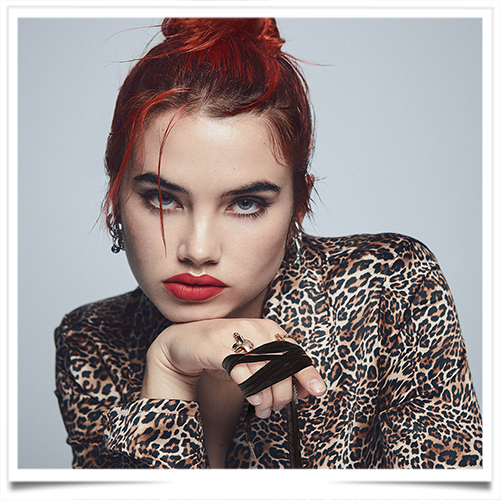 Christian Louboutin Beauty has inked a deal with Isamaya Ffrench.Isamaya grew up in Cambridge but at 18, after finishing school, she moved to London. She specialized in 3D design at Chelsea College of Arts and ended up going on to study Product and Industrial Design at Central Saint Martins as well as joining the Theo Adams Company; a London based collective of artists, dancers, musicians, actors and singers.

Ffrench, one of the most in-demand makeup artists today, has signed on as the brand’s new global makeup artist. She was chosen by Louboutin himself, according to the brand, and will be tasked not only with creating looks for campaigns, but with product development.

“What I like about working with someone like Christian Louboutin is I feel we both have a similar set of what we feel is important and empowering for a woman” said Ffrench. “He loves drama and humor, he’s passionate, he loves art and authenticity. It makes it easier for me to work with somebody who I feel quite creatively aligned with. It’s got nothing to do with the makeup, it’s more of the core vision.”

In a statement, Louboutin praised Ffrench for being at once witty and serious, understated and dramatic, colorful and lively. She perfectly understands Christian Louboutin Beauty and the world is going to be amazed at how she brings our beauty collections to life.

Ffrench is known for her unconventional, often irreverent makeup looks. I really love working backward, said Ffrench of her creative process. When I’m thinking about designing a makeup collection, I see the final image and that leads me back to the product and to the formula. It’s almost like problem-solving. You have this amazing idea about a woman or a vibe and you find the makeup and design the products that will give me that woman. It’s simultaneous