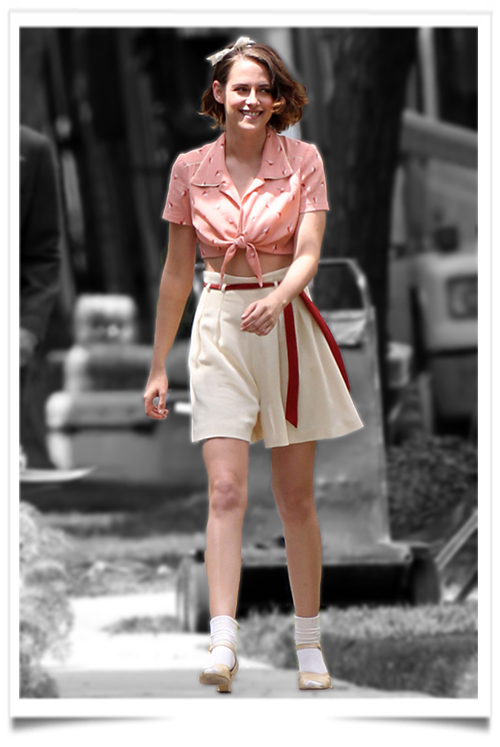 Kristen Stewart looked like a retro ’50s fashionista while filming an untitled Woody Allen project in Los Angeles. In the same time Kristen Stewart, who has appeared in campaigns for Chanel and is regularly front-row at its shows, is to appear in a film being made for the French house’s next Métiers d’Arts show, scheduled for Dec. 1 in Rome.

Sitting in the director’s chair, Karl Lagerfeld wrapped the two-day shoot at Luc Besson’s studio in Paris last month, and conceived the intriguing storyline: A fictional, behind-the-scenes look at a yet-to-be-made biopic about founder Gabrielle Chanel.

Lagerfeld said Stewart, best known for the “Twilight” series and her recent turn in “Still Alice,” relished the role, and played it to the hilt. “She played it really, really mean,” he said. “You only see her in tests and she’s complaining about everything. She’s mean with the director; mean with the producer.”