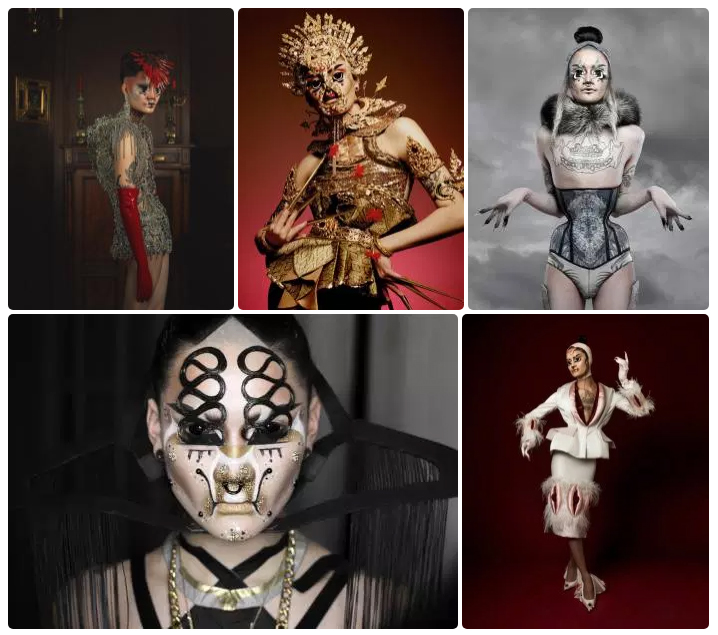 Interdisciplinary artist Hungry gives their audience a glimpse of an alternate reality, in which a human body was forced to adapt to new surroundings. With a variance of media in their work, including; make up, photography, modelling, tailoring and stage performance, Hungry established a new and specific aesthetic, which can also be seen in the body of Björk‘s recently released album Utopia. Mostly on international stages, Hungry uses Berlin as a base to create and perfect this unique craft, something which has been self-titled as ‘distorted drag.’

I was brought up in a small town in Bavaria, then left for Berlin right after school to get my degree in fashion design, which I finally did last year. I always loved making things with my hands; draw, paint, sew, craft and construct. My studies in fashion design then led to me making more and more obscure looks, which I thought I should put to use. What led me into drag, though, was just my circle of friends. It started out as curiosity and then very slowly became a passion and then even a career.