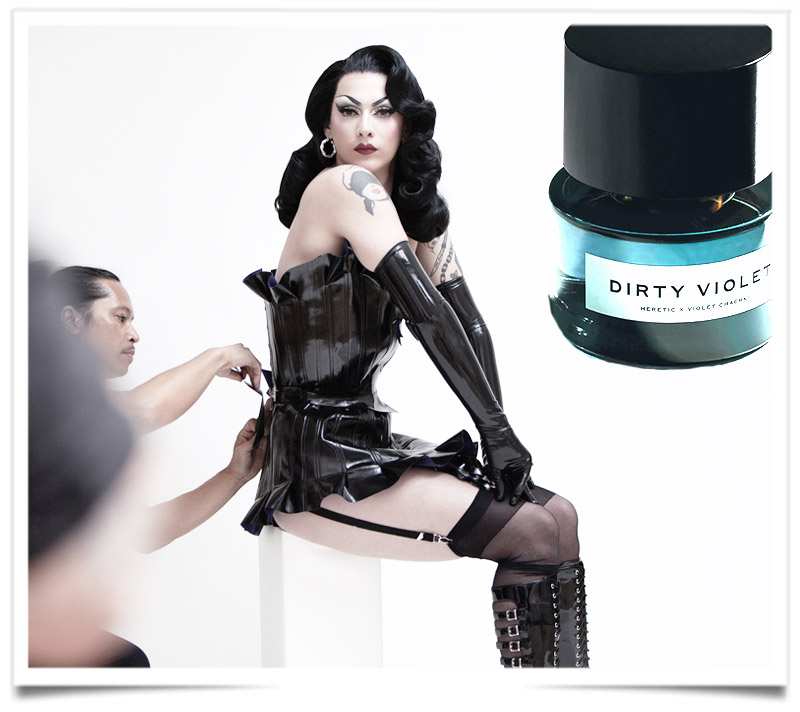 The drag artist and burlesque performer is the latest muse to partner with Heretic, a genderless fragrance brand whose scents are made with naturally derived ingredients and do not contain synthetics. Heretic previously unveiled a scent with burlesque star Dita Von Teese. Called Scandalwood, the scent also came in the form of a striptease candle that showed Von Teese in various states of undress.

Drag queens have long been a wellspring for influence on the beauty industry. Makeup techniques such as contouring, baking and highlighting can all be traced back to the drag community.

A native of Atlanta, Chachki began doing drag to escape the constraints of Catholic school. She spent hours flipping through magazines and scrolling through Tumblr, falling in love with dark-haired beauties like Bettie Page, Vampira and Violet, a character played by Jennifer Tilly in the 1996 queer film Bound. The last of these is where Chachki got her drag name.