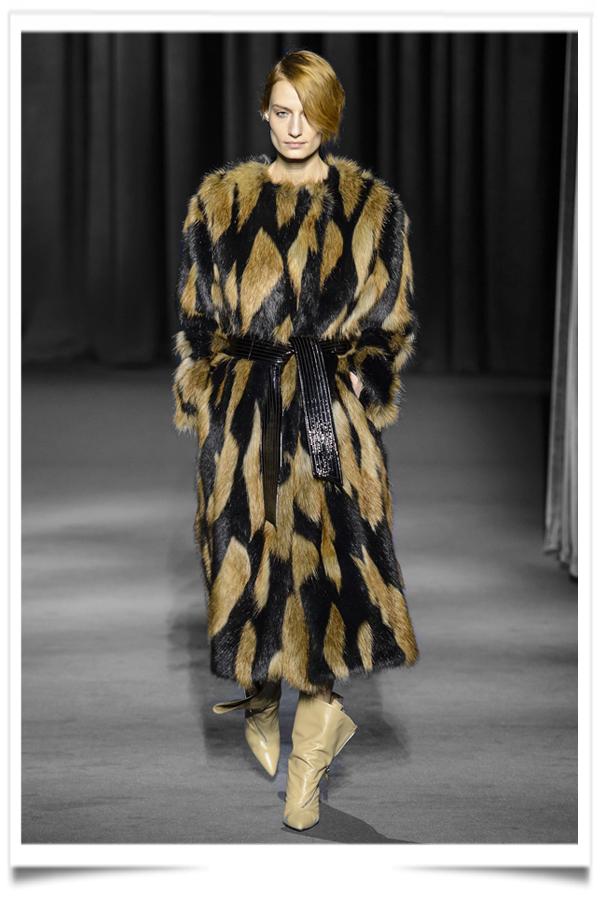 The British government should consider banning the sale and import of all fur following Brexit, a parliamentary committee examining regulation in the sector said in a report published Sunday.

The report, by parliament’s Environment, Food and Rural Affairs Committee, marks the end of an inquiry that began in April where the committee heard from companies including Amazon, NotOnTheHighStreet, The Humane Society, Fur Europe, the British Fur Trade Association, International Fur Federation, and representatives from Defra, the government department for environment, food and rural affairs.

As reported, the committee launched the inquiry after a slew of U.K.-based retailers some of which had official no-fur policies in place were discovered to have been selling real rabbit, fox and chinchilla fur that had erroneously been labeled as fake. The retailers included TK Maxx, Boohoo, Amazon, Etsy, Tesco, FatFace, Boots and Kurt Geiger.

In its report published on Sunday, the parliamentary committee suggested that the government undertake a &quot;public consultation” on whether or not to ban fur. In the U.K., a public consultation is a regulatory process involving the public’s input on major projects or laws and policies before anything is proposed, drafted or decided.

In any public consultation, the government will have to balance the needs of animal welfare against consumer choice, the report said.

The report also found that retailers, local authorities, and the U.K. Trading Standards authorities ‘have been poor at enforcing regulations around the sale of real fur,’and that Brexit provides an opportunity for the U.K. to improve its system of labeling.

Neil Parish, an MP and chair of the committee, accused retailers and authorities alike of flouting their responsibility to consumers. “The mis-selling of real fur should not be discovered by campaign organizations and the media but by Trading Standards officers and retailers,” he said.

He described retailers of all sizes as “complacent” about the issue of “fake faux fur,” and pointed out that it is illegal to give misleading information. Parish added that the government must ensure that local authorities are properly resourced, and trained.

He also called Brexit an opportunity for the U.K. to “step up our game” when it comes to labeling. “The labeling of clothes must be consistent, transparent and customer-friendly, but current EU requirements are not good enough to allow consumers to understand the origin and contents of their clothing.”

The report said the current EU labeling regime, namely the &quot;animal origin&quot; label, lacks clarity and a new mandatory labeling regime that identifies fur and other animal products accurately should be introduced post-Brexit.

“The label should show the species of fur, the country of origin and method of production,”; it said.

Fur farming was banned in the U.K. in 2000, and current EU regulations ban trade in fur from domestic cats, dogs or commercial seal hunts. The U.K. still imports and sells fur from a range of other species such as fox, rabbit, mink, coyote, raccoon dog and chinchillas.