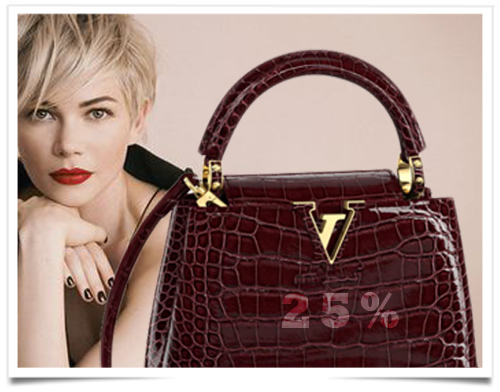 The administration of President Trump said late Friday that it would impose 25 percent duties on $1.3 billion worth of French fashion goods, the response to a digital services tax in France that impacts companies such as Amazon, Apple, Google and Facebook.

The office of U.S. Trade Representative Robert Lighthizer said it would delay implementation of the action for up to 180 days if “the Trade Representative determines that substantial progress is being made, or that a delay is necessary or desirable to obtain U.S. rights or satisfactory solution.”

That gives the U.S. and France until Jan. 6 to hold “bilateral and multilateral discussions that could lead to a satisfactory resolution of this matter,” the USTR said.

When first proposed in December, the duties on French goods were set at 100 percent, so the result, while punishing for companies importing certain goods, was not as bad as it could have been.

Still, the measure hits a large swath of the fashion industry and could make it more expensive to import a variety of French-made beauty products and handbags from eye makeup preparations and soap to handbags wrought in materials ranging from reptile leather or plastic.

The tariffs are tied to a trade fight that has nothing to do with fashion — and one that goes alongside the many other trade fights Trump has engaged in, mostly notably with China.

The heavyweight match between U.S. and China has reached a kind of standstill, likely until after the November elections, and now the same seems to be the case in Trump’s tiff with France.

The fix was to impose duties of 100 percent on some imports from France, including handbags, cosmetics, wine and cheese.

Fashion turned out to fight the proposed tariff increase at public hearings in January.

Hermès produces all of its handbags in France, where it counts 42 production facilities.

Both LVMH Moët Hennessy Louis Vuitton and Kering count America as a major market, although LVMH has set up production in the U.S. and Kering makes the bulk of its accessories in Italy.