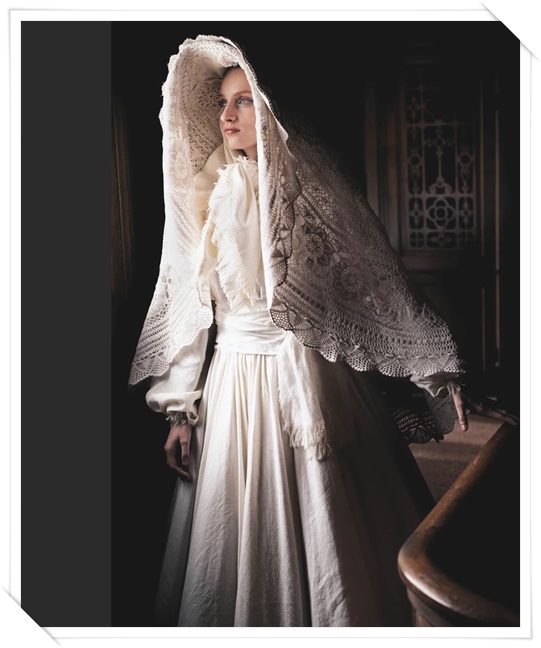 The title sounds like a philosophical fable, a dreamlike tale, a belief shared by believers from all walks of life. But he speaks, above all, despite his backward references, of an increasingly hot topicality on the subject of wealth and poverty.

Some time ago, the magazine « L’Histoire » had the headline « The Rich and the Poor, 1000 years of inequality ». Far from me the idea of any morality or a trial of intent. I must admit that I had a lot of trouble choosing the direction of this collection. To be honest, I didn’t want to choose and each character finally found its place.` The Servant, the Ferryman and the Relic.

The Servant embodies a girl of the woods, glades and ponds. A peasant woman who evolves in a bucolic universe which translates my desire for stripping back.

Jean-Jacques Rousseau, who has never left my thoughts, is once again present in Ermenonville, not far from Chaalis. He will live there for the last ten years of his life. Here, he is at the heart of his deep convictions, those related to nature.

Among other things, he built the Temple of Modern Philosophy there, overlooking Lake Ermenonville. The places have evocative names, the “writers’ trail”, the “witch stone”, the “sea of sand”, the “dreamer’s walk”.

Later, Etienne Pivert de Senancour and Gérard de Nerval made this land, already steeped in spirituality, one of the cradles of French literary romanticism. The Domaine de Chaalis, in the heart of the Ermenonville forest, was the film’s natural setting. “So, fable, tale, belief or simply allegory. This season is about, above all, a simple intention, that of questioning.” Franck Sorbier 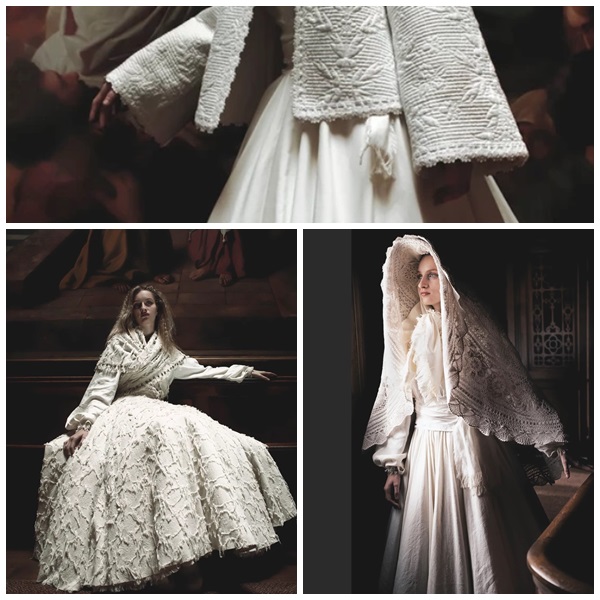