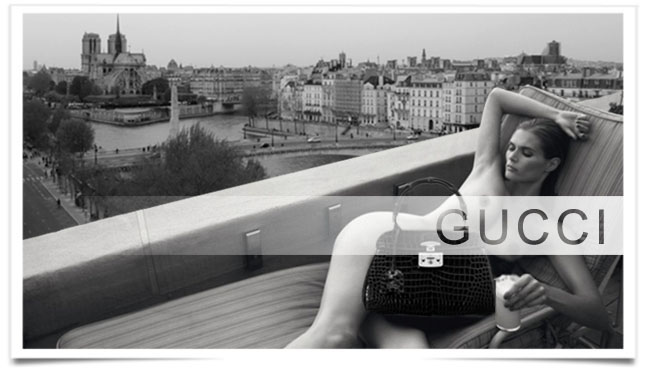 Gucci has recruited the Polish actress and model, Malgosia Bela for its Spring-Summer 2015 campaign. In a refined, minimalist style, the campaign presents looks from the new collection against a grey background. Two celebrity models pose for the famous fashion photography duo Mert Alas & Marcus Piggott: Malgosia Bela for the women’s line, and Danish model Mathias Lauridsen for the menswear collection.

The Spring-Summer 2015 collection turns the spotlight on colorful floral prints and denim for her and geometric lines and stripes for him.

Seen on catwalks all over the world, including those of Lanvin and Bottega Veneta, Malgosia Bela has recently appeared in campaigns by Lancel, Rag & Bone and Escada. For his part, Mathias Lauridsen is seen in the latest Giorgio Armani campaign.

Bela became a successful runway and editorial model in the late nineties, appearing on the covers of many international editions of Vogue, including Vogue Italia and Vogue Paris. Lanvin, Valentino, Jil Sander, and Versace enlisted her in their advertising campaigns.