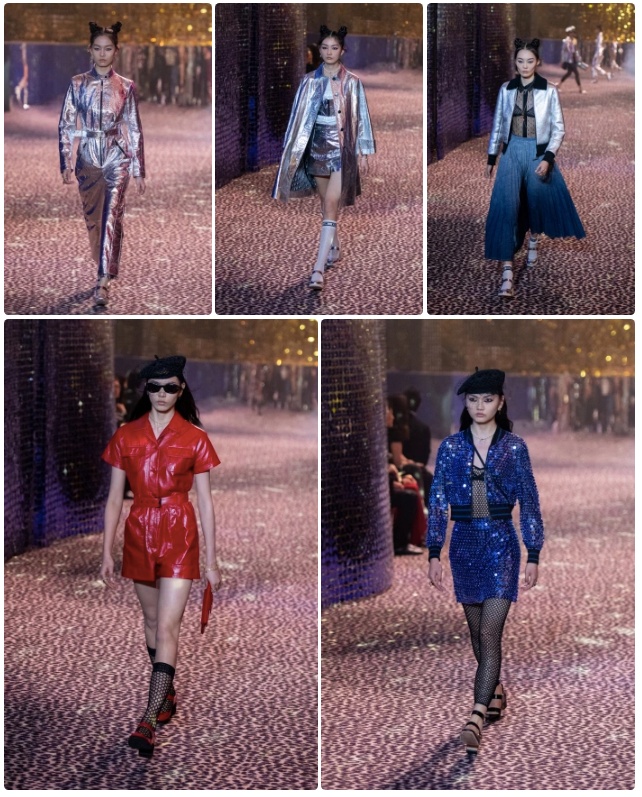 Monday’s event was staged in front of 1,000 guests including Zhang Ziyi, Carina Lau, Ora Yang, TFBoys; Karry Wang, and the pianist Li Yundi on a circular set decked out with high-contrast leopard print and dozens of giant disco balls.

The see-now-buy-now event was also livestreamed to 126 million people on Dior’s own platforms and nine major Chinese social media channels including Tmall though Pietro Beccari, chairman and chief executive officer of Christian Dior Couture, clarified that Dior has no plans to join Alibaba’s e-commerce platform.

Starting at 10:30 p.m., customers were able to preorder the collection, which will be available to pick up in stores in two weeks, via the Dior website and a mini-program on WeChat. A few items were available for immediate delivery, including a new medium-sized version of the Caro handbag, which is launching exclusively in China for one month.