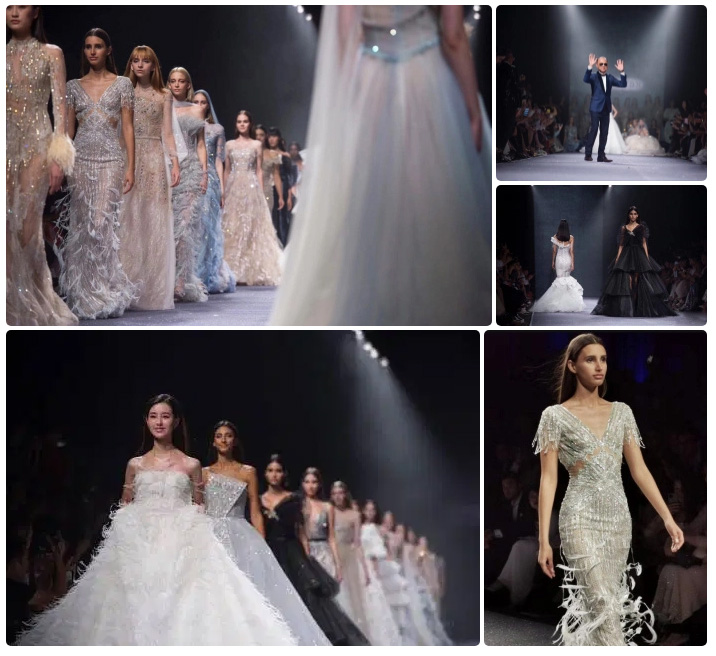 Strictly speaking, Chinese art is understood as a European style of decoration whose origin expresses artistic exchanges between very distant civilizations and fundamentally different in their perception of the world. The term itself appeared in the French language around 1845, with a distinctly pejorative connotation that has long been disturbing.

Overall, the word France arouses as much interest in most Chinese as the word “camembert” in Papua, they have vaguely heard about the famous writer, historian, and philosopher « Voltaire” but think, for the most part, that it is an armchair « quite right by the way” google translation requires.  China, an ancient geographical and cultural space unknown for a long time, had only been visited by a few rare travellers, provoking the wildest fantasies about it, that few people could contradict them.

But Choo, Elie Saab’s spiritual son, sees his sewing defined in three words: feminine, elegant and graceful. Silk muslin and embroidery are legion. This Chinese from Hong Kong, or the man, who loved women, understood long ago that women were the future of men.

The couturier’s mastery, both in his technique and in his accuracy, gave, yesterday, the splendour of the East and its magic, a mixture of honey and incense aromas. I like the singing words and this writing that stigmatizes a whole people on its own. Princess couture dresses, which summarize the special atmosphere of the Great Wall of China. It is a pity that our request for an interview with Mr. Xu did not find a positive answer, but when Lamartine told his itinerary in the East, Delacroix painted the bride of Abydos, so maybe he gave us hope.