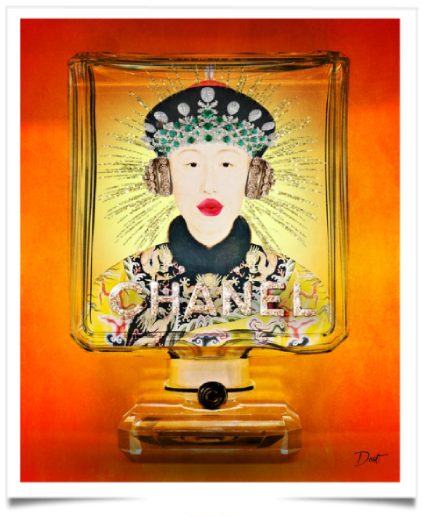 The retailer grew by double digits in the first five months of the year as strong sales in other parts of the world compensated for the closure of stores in Russia and China.

Chanel earns less than 1.5 percent of its revenue from Russia. There are 31 percent Chanel employees still under lockdown in mainland China. Five of its 16 boutiques there have closed, and 35 fragrance and beauty stores, roughly equivalent to a third of its network, have also been shuttered.

We’ve maintained our momentum despite the headwinds and uncertainties we face. Chanel outperformed competitors such as Kering, which reported an organic sales increase of 13 percent compared to 2019. Profitability at Chanel, which is privately owned and run by the Wertheimer family, improved significantly. A margin of 34.9 percent was logged, up from 20.3 percent in 2020.

Chanel announced in March that it was increasing the price of its four core handbag styles and spring rtw collection in multiple regions. Since the start of the Coronavirus pandemic, Chanel has raised its prices six times, including an adjustment last November.

Chanel invested $293 million in its boutique network in 2021. It opened boutiques in Miami’s Design District, the Incheon airport terminal in South Korea, and the Peninsula hotel in Hong Kong. More than $200 million was spent on the company’s new leather workshop in Verneuil-en-Halatte and the renovation of its Paris offices at Rue Cambon.
Its greenhouse gas emissions under Scopes 1 and 2 were reduced by 5 percent in 2021, and by 58 percent in 2022. This means no more farts!