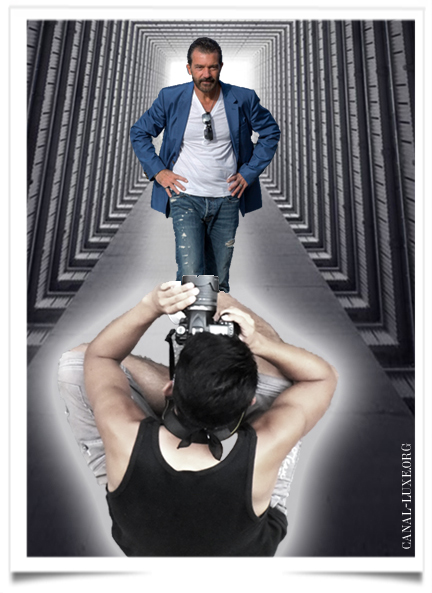 Antonio Banderas is smiling in the middle of sewing bust. On the photo posted on Instagram on August 24, the Spanish actor explained that he was beginning his second week at Central Saint Martins, the prestigious fashion school in London. He attends an intensive course during a month to better known fashion design and fashion world!

The star learns the basic of the job to prepare his next film in which he plays the role of the Italian fashion designer Gianni Versace.

The film will be on the founder of the milanese fashion house Versace killed in Miami Beach on July 15, 1997. The film is directed by Danish Director, Bille August and he will begin in March 2016.

Antonio Banderas (55 years old) announced the project during his visit in Italy last Summer The actor, who starts his carrier with Pedro Almodovar before being successful in Hollywood said to the local press: “I love fashion. To play the role of Gianni Versace will be fantastic. His life was amazing when you think where he came from, but also of his tragic end. “