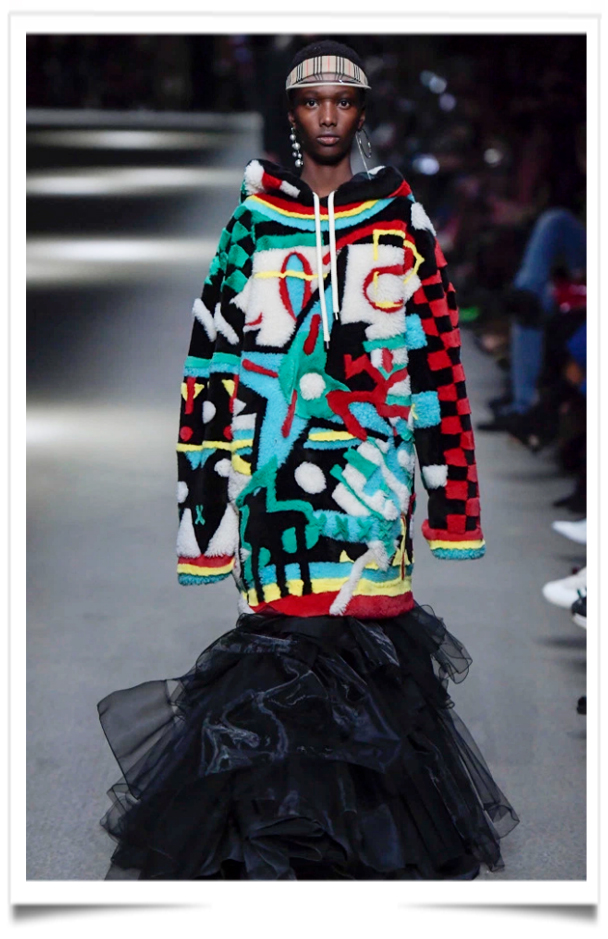 Goodbye Burberry – On Saturday night guests entered the west London venue to the chants and screeches of fur protesters  who came out in even larger numbers than last season  and entered a vast and largely vacant brick venue where the designer’s guests and friends were gathering to watch his last show for the brand.

The collection was meant to be a support to the LGBT community.

Chelsea Clinton, who is best friends with Bailey’s husband Simon Woods, sat in the friends and family section. “It was Simon who brought Christopher into our lives and we’re so thankful for that. There was nowhere else we wanted to be tonight” said Clinton, who was accompanied her husband Marc Mezvinsky.