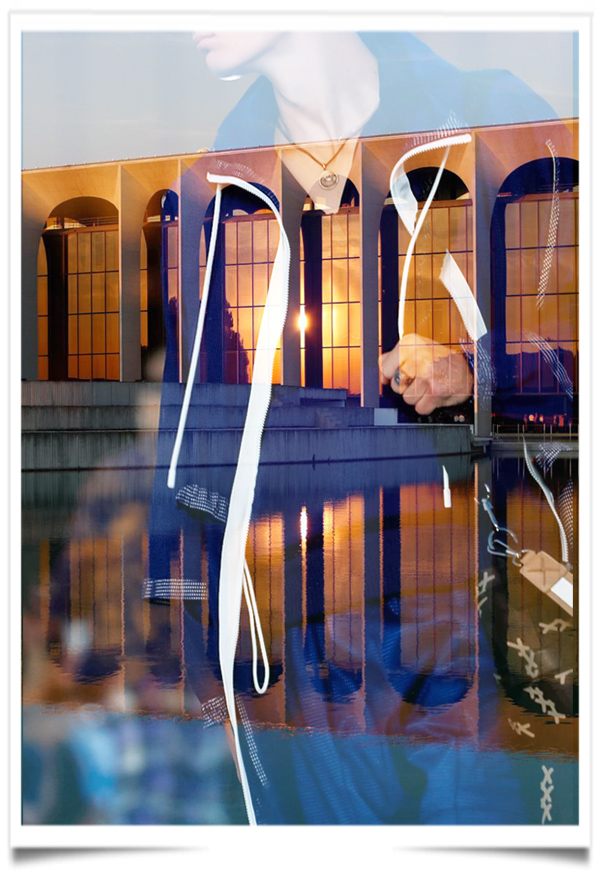 For his latest Milan tour, Alessandro Sartori at sunset on Friday led the fashion crowd to the Palazzo Mondadori, a monumental Oscar Niemeyer-designed structure rising out of a flat landscape and framed by a series of concrete arches.

Set in a nature reserve on the edge of the Idroscalo Lake, the spectacular waterside building combining concrete and stone was commissioned in 1968, the same year in which Zegna’s ready-to-wear line was launched. And Sartori saw it as the perfect architectural incarnation of the design principles of his spring collection: “graphic and voluminous, but without weight.”

In his quest for weightlessness, Alessandro Sartori in his development of an athletic sartorial journey experimented with performance fabrics to the lightest of nylons

A bridge stretching across the water, with schools of small fish darting through, had been transformed into a mirrored catwalk bordered with benches, giving guests the feeling of walking on water as they took to their seats. 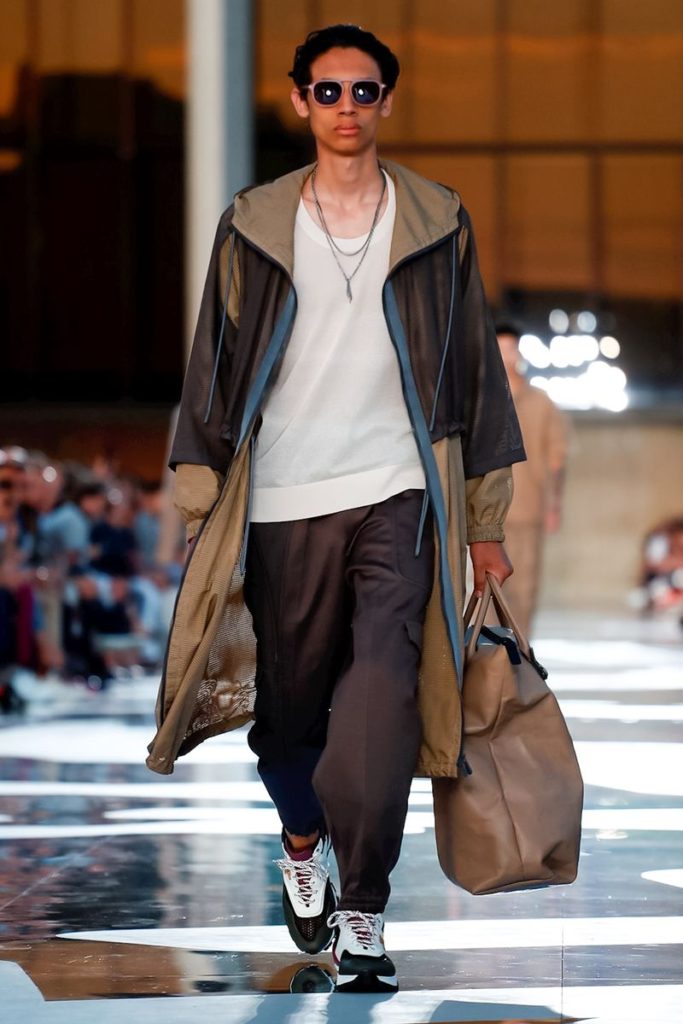 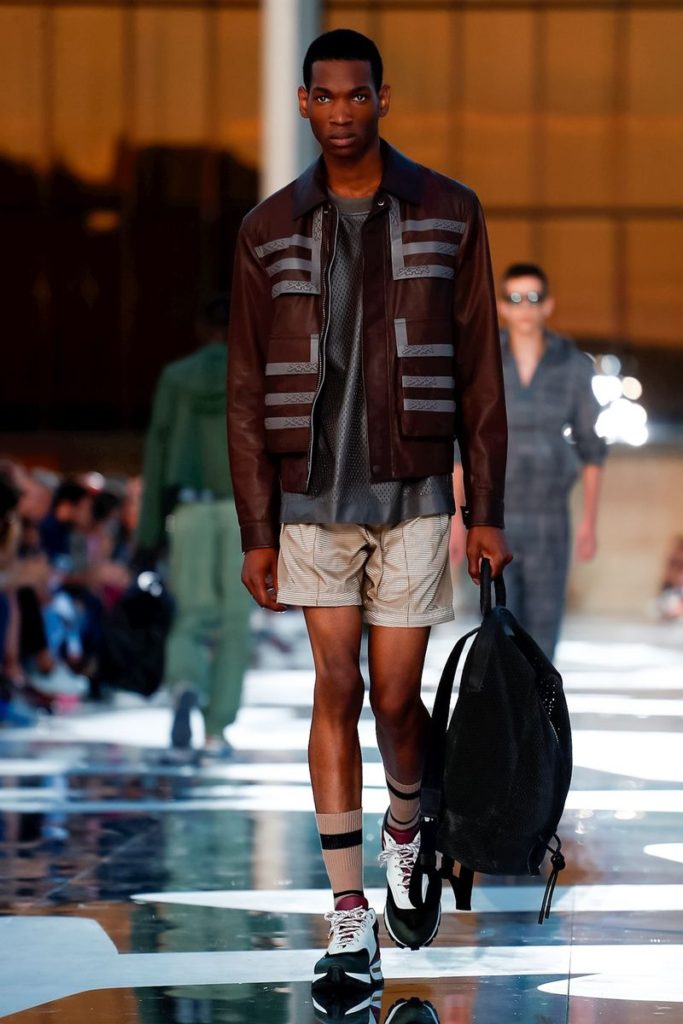 The boxy proportions recalling Japanese workwear, like the yellow blouson in a souvenir print with an oversize boxy sleeve and a cropped anorak in a fresh linen crepe, felt very of the now.

The accessories included the new “Cesare” sneaker in calfskin and mesh, bicolored round laces and an extralight rubber sole with leather inserts.

And therein lies Sartori’s strength: Building a balance between driving fashion trends, what is happening on the street and the world of Zegna, he manages to find that sweet spot. Oscar Niemeyer ! The french prince of luxury said “I want  this architech” !