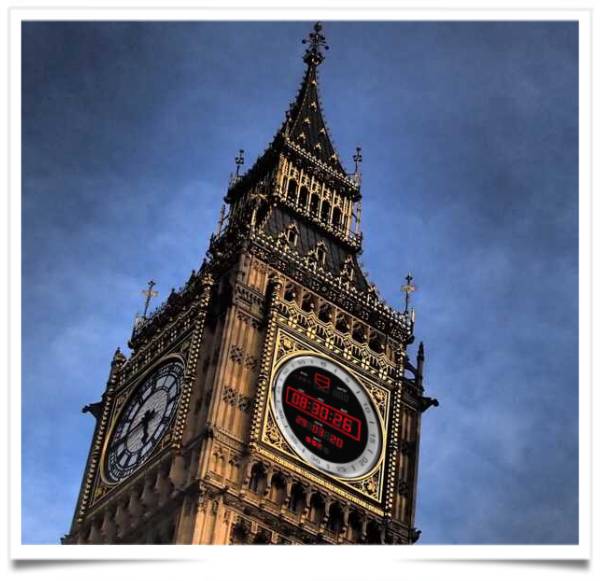 The most famous clock of the world placed on Big Ben is going to be changed to become a digital clock. Indeed the French luxury group LVMH has just bought the right to put instead its new digital watch for  brand TAG.
It seems that many complaints have been registered in London. But the French group will not stop there because it also plans to put a digital clock at night on the Effel Tower which will be visible from the Samaritaine. French luxury is exported everywhere and especially in historical monuments, thus claiming the phrase of Mr. Arnault to Steve Jobs : “I sell the history of France while you, you sell technology of the moment”.
Where will the marketing of the luxury group stop one day, will they eventually be as powerful as a state? To be continued. At the time when the largest watchmaking exhibition opens on April 1st, the symbol is strong but so is the issue for the French group in front of the Richemont group.
F