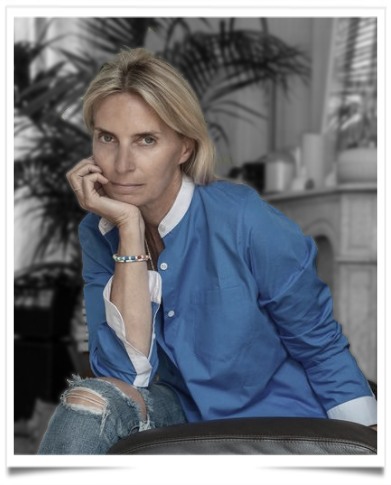 Valérie Lebérichel has been appointed global vice president of communication at Givenchy. As of April 4, she will assume the duties previously held by Youssef Marquis, who moved to Louis Vuitton as fashion communication director last January.

Native from the city of Dinan in BrItany France, to swell the long list of BrItany women of Rance Valley as Catherine Le Yaouanc, CEO of the Franco-British Chamber of commerce in Paris and Anne-Marie Idriac former Minister of transport, and many others.

Lebérichel joins Givenchy from the Prada Group, where she was worldwide communication Director for Miu Miu since 2013. She also assumed the role of head of communications for Prada France in 2019.

At Givenchy, she reports to Renaud de Lesquen, president and CEO, who has lauded Lebérichel as a widely respected fashion professional and a natural fit for overseeing the many aspects of communication during this exciting period of development at the house.

I look forward to working with Renaud, Matthew M. Williams, and the whole team as the house continues to move into bold new fashion territory,” Lebérichel commented. The founder of the 1017 Alyx 9SM label, Williams joined Givenchy in June 2020 and brought an industrial-tinged cool to the house via sharp tailoring, padlock hardware and airbrushed graphics.

Graduated of the Ecole Française des Attachés de Presse, Lebérichel started her career in 1990 as a PR manager at Jean-Louis Scherrer, moving over to Issey Miyake in 1997, first as a Press attaché and later becoming the Japanese designer’s European communication director.

She joined Celine, an LVMH-owned house, as international communication director in 2002, working alongside Phoebe Philo.